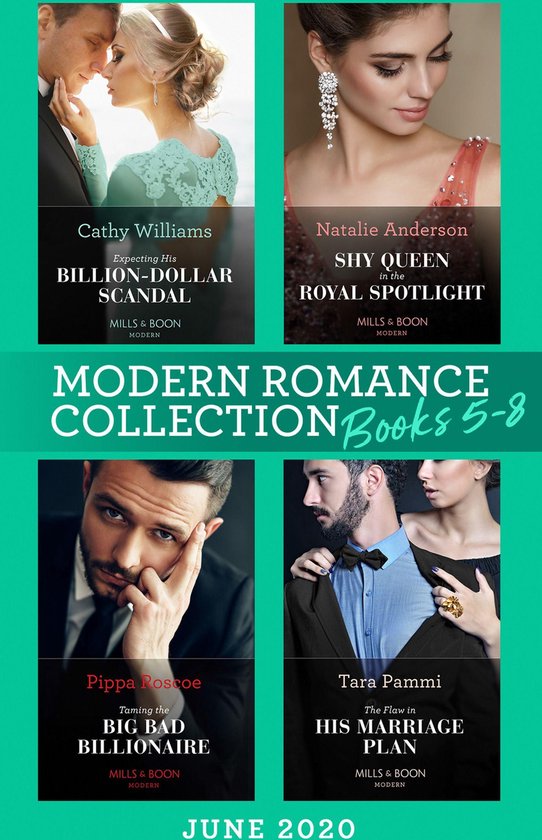 Red Hot Romances from Mills & Boon! Expecting His Billion-Dollar ScandalCathy Williams Luca relished the fact that his fling with Cordelia was driven by desire, not his wealth. But now their baby compels him to bring her into his sumptuous world. Although giving Cordelia his heart is a price he can't pay… Shy Queen in the Royal SpotlightNatalie Anderson To retain the throne he's sacrificed everything for, Alek must choose a bride. Hester's inner fire catches his attention… and Alek sees the Queen that she could truly become—but the real question is, can she? Taming the Big Bad BillionairePippa Roscoe Ella might be naïve, but she's no push-over. Discovering Roman's lies, she can't pretend their passion-filled marriage never happened. He might see himself as a big bad wolf, but she knows he could be so much more… The Flaw in His Marriage PlanTara Pammi Family is everything to tycoon Vincenzo. And the man who ruined his mother's life will pay. Vincenzo will wed his enemy's adopted daughter Alessandra. The flaw in his plan? Their fiery attraction… and his need to protect her.