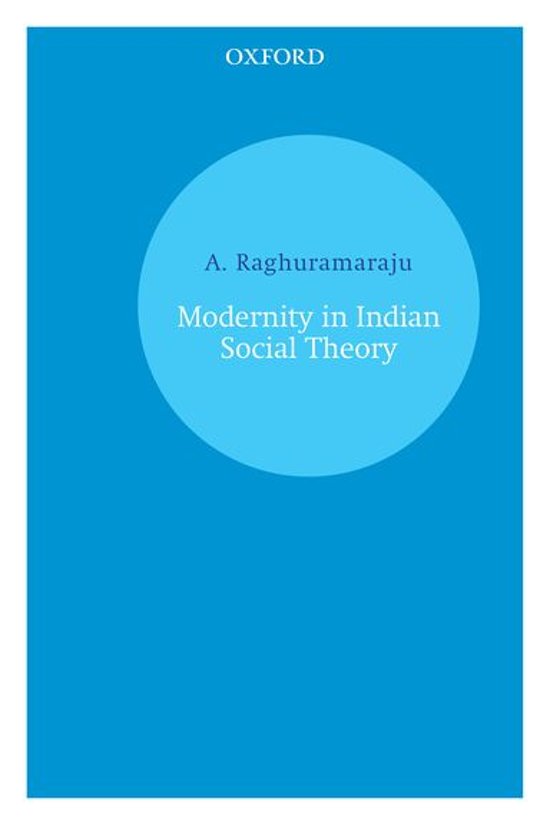 Unlike the West, India presents a fascinating example of a society where the pre-modern continues to co-exist with the modern. Modernity in Indian Social Theory explores the social variance between India and the West to show how it impacted their respective trajectories of modernity. A. Raghuramaraju argues that modernity in the West involved disinheriting the pre-modern, and temporal ordering of the traditional and modern. It was ruthlessly implemented through programmes of industrialization, nationalism, and secularism. This book underscores that India did not merely the Western model of modernity or experience a temporal ordering of society. It situates this sociological complexity in the context of the debates on social theory. The author critically examines various discourses on modernity in India, including Partha Chatterjee's account of Indian nationalism; Javeed Alam's reading of Indian secularism; the use of the term pluralism by some Indian social scientists; and Gopal Guru's emphasis on the lived Dalit experience. He also engages with the readings on key thinkers including Vivekananda, Aurobindo, Gandhi, and Ambedkar.

Illuminating and at times inspirational...This book is a model for how philosophy might build new bridges between traditions for real benefits. As our world shrinks, this model may well shed light on our common future. And the future looks bright. * Notre Dame Philosophical Reviews *