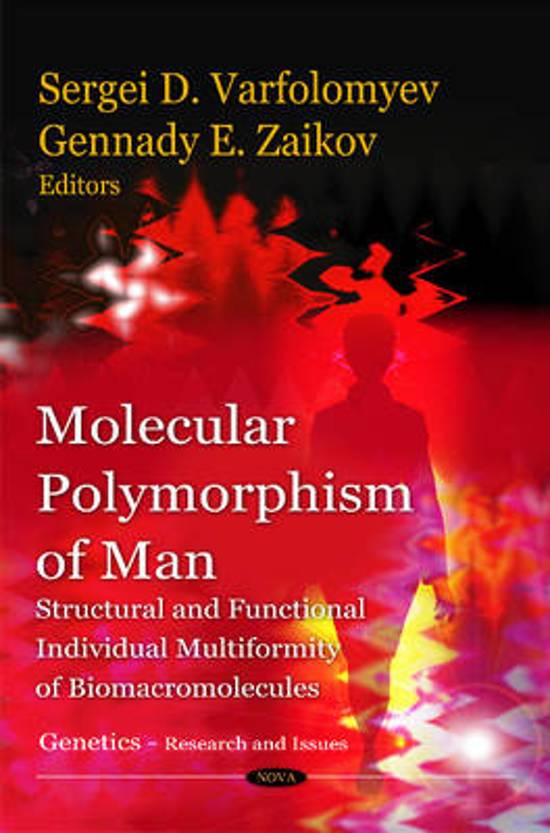 Decoding of the human genome created a qualitatively new state in development of modern fields of science, technology and medicine. One of the basic results of this is formation of a basis for investigating genome of every individual with detection of differences at the gene and protein levels. The chemical-biological approach based on highly efficient physical methods provides an opportunity of detailed molecular genetic typing of the population, investigation of genetic polymorphism, individual features of enzymatic and molecular-receptor processes in every person. Achievements in human genomics and proteomics, chemical enzymology, bioinformatics and medical genetics form the basis of modern investigations and multiple practical uses. The accuracy and efficiency of modern analytical methods allows for assigning tasks of obtaining genetic and proteomic molecular portrait of every individual, detection of individual differences of personalities at the genetic and protein levels. In the nearest decade, post-genomic and proteomic investigations will lead to significant changes in many spheres of social life. At present, a new molecular medicine based on determination of the ultimate causes of many diseases is being established. Aptitudes and development of many diseases are genetically defined. Basing on post-genomic and proteomic studies, new branches, such as cardiogenomics, oncogenomics, neurogenomics, pharmacogenomics, based on objective appraisal and reduction of risks of cardiovascular diseases and cancer, forecast of neurodegenerative processes and ageing appear in medicine. Today it is referred to creation and development of individual medicine based on molecular-genetic and proteomic human portrait. Occupational guidance and study of personal dispositions in various spheres of action may be based on molecular-genetic analysis. Molecular genetic typing is the foundation for reasonable determination of potential professional abilities. The study of polymorphism of genes defining physical, psychological and intellectual human characteristics seems to be of crucial importance. In the modern post-genomic process, one of the main targets is creation of a unified platform for genetic analysis and the basis for genotyping of the population. Functional reserves of the human organism are significantly defined by the genotype of parents. At present in developed countries, and in the nearest future in Russia, a system for estimation of risks and abilities of children basing on genetic portrait of parents is being developed. It is expected that in full this system will start functioning in the nearest decade. Genetic forecasting of pathology risk and human abilities at the background of many social factors is the material basis for transition to genetically healthful population. Post-genomic projects suggest many special supplements; in particular, developed approaches provide full and unambiguous identification of an individual using superlow, trace quantities of biological materials. The molecular genetic approach becomes the foundation for many human sciences. Analysis of structural features of genomic DNA passed from generation to generation is fundamental for the modern approach to the study of origination and evolution of ethnoses. New fields of science, ethnogenomics and ethnogeography, appeared. Post-genomic development of the science touches upon many spheres of life of the modern society. Basing on molecular presentations created by modern physical, chemical and molecular biological methods and operating modern information technologies, which use an advanced mathematical apparatus, this field creates extremely socially meaningful products affecting development of the society in whole. This book is a review of modern scientific data and ideas of above-mentioned area.
Toon meer Toon minder