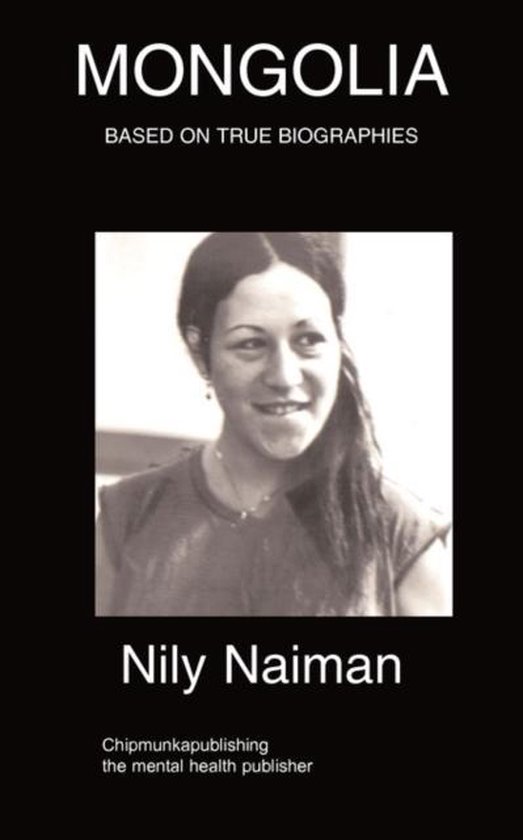 
Description
This novel is based upon true events in the lives of the author and her family members.
The narrator, Lana, is three years old when she stands on a hill with her mother and sisters for the first time, waiting for butterflies to land on her. Thus Nily Naiman begins this sensual, emotional, and ever-surprising saga of a very special family. The complex narrative spreads over two lifetimes and four continents, over times of war and peace, and poverty and plenty.
The women of this novel are larger than life. Only at the age of 18 does Lana come to the realization that not everything has been known to her about her family, and she begins an adventurous journey in search of her roots and her identity. Her mother, Sara, a determined and passionate woman who found herself in the wilderness of Mongolia during the Second World War, relates a life story of exceptional bravery and turmoil. Lana's two sisters are polar opposites as personalities, but each in her own way is fascinating and brings the reader to tears. Farah, an Arab woman who lives under the Israeli occupation is a symbol of strength and incredible pride in her identity. Lana's captivating daughters each uniquely combine the attributes of sensitivity and courage. Lana herself lives through an extraordinary and unexpected series of events that bring forth all the special strengths that she has within her.
Although this complex tale is focused primarily in Mongolia it reaches throughout much of the world. Author Naiman is able to transmit the magical atmosphere of each locale that she describes, from the hard, constricted, narrow-minded climate of Israel, a tiny country at war, to the distant, open terrain of Mongolia, its mountains, lakes, deserts, and forests, and its open-minded people.
One thread of the narrative is an old belief that when a girl stands on a hill where butterflies are about, the number that land on her will foretell the number of husbands that she will have. The men in this book, the butterflies, are all interesting in their own right, sensitive, strong and caring. They supply the physical and emotional needs of the women and provide critical support in times of severe stress. But it is the women who are central.
Coping with the setbacks and crises of life is a major theme of the story. Both Lana and later her eldest daughter live through shocking events that cause them to retreat within themselves. They lose the capacity to speak or even utter a sound. The book explores in depth the phenomenon of post-traumatic muteness, the horrendous conscious fears and frustrations that accompany it, and the paradoxical and contradictory underlying reality that this kind of mental collapse temporarily frees the individual from her normal relationship with her surroundings, a convenient and all too enticing form of escape. This silence has a "language" of its own. It speaks, it cries, it shouts out in anger, all in the mind of the sufferer.
Through the experiences of Lana and her daughter the book describes not only the horrible anxiety and loneliness that are a part of post-traumatic muteness, but the exceptional strength and courage that must be brought to bear to fight one's way out of the suffering and renew one's relationship with the world. Of all the demonstrations of strength and determination in the course of the saga, the struggles of Lana and her daughter in this regard are perhaps the greatest examples.
Toon meer Toon minder