Monkey Money Mind How to Stop Monkeying Around with Your Money 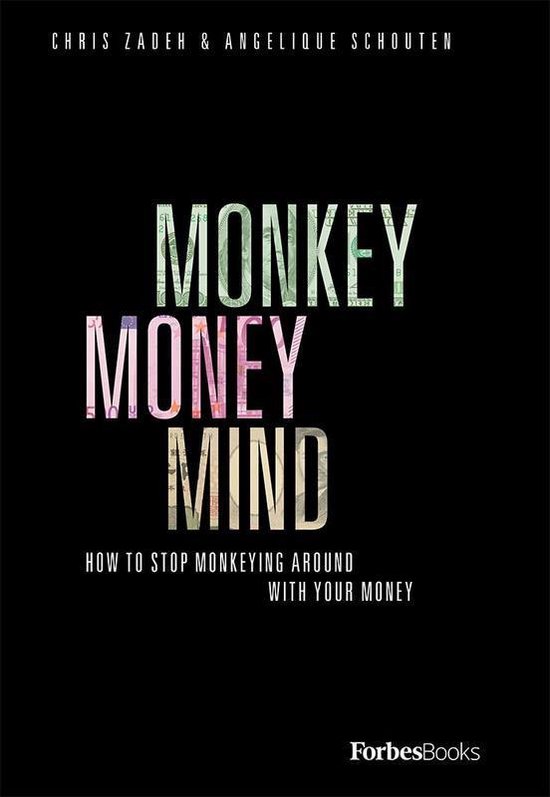 In Monkey Money Mind, authors Chris Zadeh and Angelique Schouten explore the psychological influences that spur our irrationality and mute our reason when it comes to financial decision-making. Featuring interviews with notable contributors, Monkey Money Mind focuses on why we stop thinking when we start spending. The book is packed with tips, lessons learned and success stories on how to overcome debt (such as student loans), save money, invest money and overall improve your relationship with your finances. All proceeds will go to charity: The Gorilla Organization.

EXCERPTS FROM SELECT MONKEY MONEY MIND CONTRIBUTORS
"The object of life is not to be rich when you die, it's to live well."
Dr. Harry Markowitz, Nobel Prize winner in Economic Sciences

"I found myself unemployed at thirty-nine years old and paying rent out of my savings. What is your life going to be like when you can't work? Put some cash away, man!"
Osher Günsberg, TV personality and host of The Bachelor and The Bachelorette, Australia

"I was twenty-five years old [when] I finally realized how poor my financial state was. I realized there's much more I want to do with my life, and I needed credit to do it, and I turned everything around."
Carla Moore, senior executive at HBO and bestselling author

"Love should never be an excuse to break the bank."
Pat Williams, NBA's Orlando Magic founder
Over de Auteurs
CHRIS ZADEH is the founder of the first cloud-based core-banking engine, Ohpen, and previously served as the chief engineer of the first online broker in Europe, BinckBank, where he built the bank's platform for the Netherlands, Belgium, and France. He would later serve as the managing director of the Netherlands branch, overseeing strategy and operations.
ANGELIQUE SCHOUTEN has over a decade of experience in retail banking, insurance, asset management and FinTech. She was responsible for running the first robo-investor in the Netherlands, and is the cofounder of two start-ups, Cloudtract and Sportz.guru. Angelique currently serves on the global board of Ohpen as Chief Commercial Officer and previously worked at the CEO of Ohpen UK. Angelique shares in the Monkey Money Mind how she was able to overcome 100,000 Euros of student debt into sound investments.

Angelique has been featured as an inspirational, proposing, and ambitious young professional by different magazines and publications in Europe such as the Brummell Top 30 Inspirational City Woman Pioneer and the Management Team Top 50 Goudhaantjes. She also served as coauthor of The WealthTECH Book, selected by BookAuthority as one of the "Best FinTech Books of All time"
Toon meer Toon minder