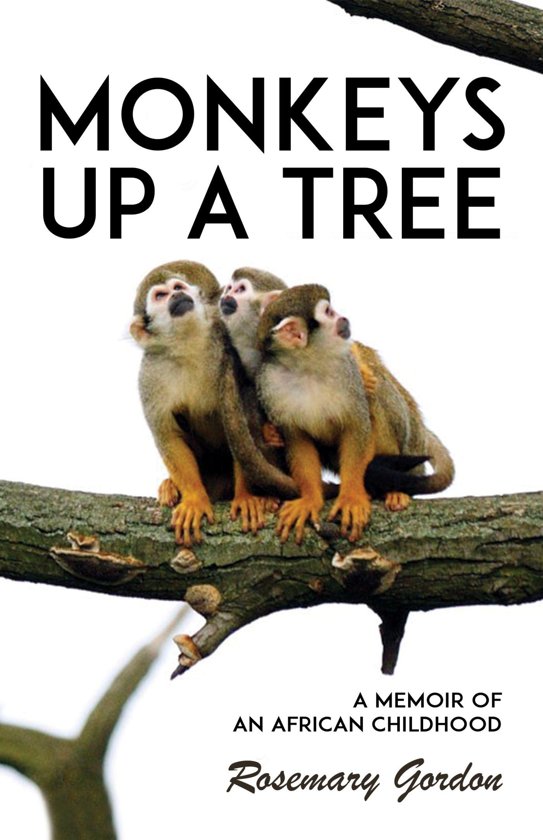 In "Monkeys Up A Tree' Rosemary Gordon takes you on a journey of her chaotic life growing up in Africa with a mercurial mother. From an early age Rosemary became her mother's self appointed guardian and despaired at her scandalous behavior, her drinking and almost indescribable acceptance of abuse was sad, yet at times parts of the stories are awfully funny.

She and her siblings were separated and abandoned as their mother moved from one man to the next, one drink to the next, discarding the only stable man in their lives, over and over.

She was a paradox in all things, loving one moment and hateful the next. A homemaker and a dismantler of homes, like the female wren, she destroyed the nests made by the male, tossing sticks and suitcases out the window.


From crocodile hunting to a marauding leopard to green chickens to kidnapping to malaria and mayhem the stories are humorous, evocative, intimate, excruciating, and wonderfully observed.


Rosemary Gordon was born in Bulawayo, Southern Rhodesia, now Zimbabwe. She moved to South Africa in 1960 where she lived in Durban for 25years. Rosemary left South Africa to travel extensively through Europe before settling in Sonoma, Northern California. Her passions are opera, reading and her family.