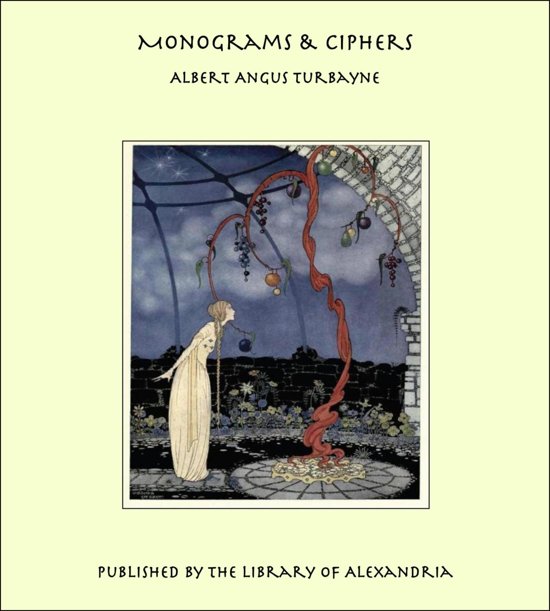 In laying out this book I have put into it the experience of many years of actual work in the designing of Monograms, Ciphers, Trade-Marks, and other letter devices. I have given the work much careful thought in order to present the most useful material, to give that material on a good workable scale, and in such a way that any design can be quickly found. By the arrangement of the designs the plates form their own index. On Plate II will be found combinations of AA, AB, AC; on Plate III combinations of AC, AD; on Plate IV, AE, AF, AG, etc. A device of MB would be looked for under the letter of the alphabet first in order, B; it will thus be found in the BM combinations on Plate XVI. Now the letters AA have only one reading; two different letters, AB, can be read in two ways; while AAB can be read in three ways; and ABC, or any three different letters, can be placed to read in six ways. A complete series of designs, AA, AB, BA, AC, CA, to ZZ, would run to 676 devices; add to this a series with a repeated letter, which would be the next in order, giving one reading only, AAB, BBA, etc., of which there are 650, and we get 1326 combinations. This would require, if carried out with nine designs on a plate, 147 plates. Our book was not to exceed 135 plates, and in addition to as complete a series as possible of two-letter designs, there were to be included some plates of sacred devices, designs of three different letters, and other matter which would make a work of practical use. By limiting the number of combinations containing the I and J, and the O and Q, which can easily be made interchangeable in the working, and giving but a single reading of most of the devices containing the letters X, Y, Z, which will be the least used, I have been able to present a good working selection of two letters and a repeated letter in 113 plates
Toon meer Toon minder