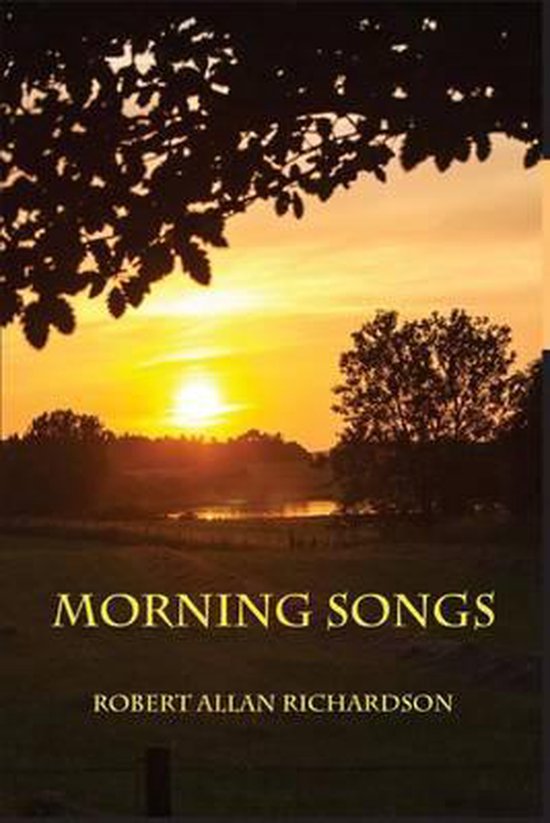 The place that provides the setting for MORNING SONGS is central to the lives of two of its characters, Esther and Toby Sutherland, and it is a place that draws their son Ned back to it many times. Like the family itself, it continues to be a source of affection, disaffection and perplexity for him as he departs from it and returns to it over the years.The novel's title is derived from a passage in "Fern Hill" by Dylan Thomas, a poem that celebrates a youngster's joy in the experiences of country life. The novel recalls such joys but recounts as well the troubled circumstances from which such green and golden moments often must arise.Rob DeWalt, in his review for the SANTA FE NEW MEXICAN of the collection of stories in which a shorter version of MORNING SONGS first appeared, said of it: Robert Allan Richardson was raised in Iowa’s fertile corn country and worked as a dairy association field man and as a carpenter in Wisconsin and Illinois. He is well versed in the language and the ways of rural America, and he uses them to memorable effect. His tales, set in the mid-and late-20th century, combine the joys and hardships of farm life, the politics of the day, and the advancement of agricultural technology. Richardson captures the Iowa landscape with strong sensual descriptions while exploring parent-child bonds from multiple emotional angles. Through his characters, the author lays bare various struggles, conflicts, desires, and reconciliations that occur within all families and romantic relationships, using the beauty of the natural world as his stage.A shorter version of MORNING SONGS, then called "The Singer But Not the Song" was first published in PROMPTINGS OF NECESSITY, a work that is no longer in print. Two new chapters have been added for this edition, which also includes a selection from its sequel, ANOTHER MUSIC, a novel that extends and deepens the story of the Sutherlands.
Toon meer Toon minder