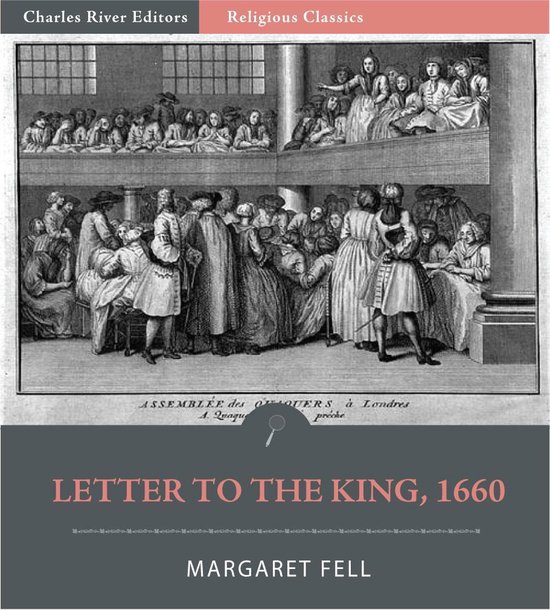 Margaret Fell or Margaret Fox (1614 23 April 1702) was a founder of the Religious Society of Friends. Known popularly as the ''mother of Quakerism'', she is considered one of the Valiant Sixty early Quaker preachers and missionaries. Because she was one of the few founding members of the Religious Society of Friends who was an established member of the gentry, she was frequently called upon to intercede in cases of persecution or arrest of leaders such as Fox. After the Stuart Restoration, she traveled from Lancashire to London to petition King Charles II and his parliament in 1660 and 1662 for freedom of conscience in religious matters. A submission signed by George Fox and other prominent (male) Quakers was only made subsequently in November of 1660. Although the structure and phraseology of these submissions were quite different, the import was similar, arguing that, although Friends wished to see the world changed, they would use persuasion rather than violence towards what they regarded as a ''heavenly'' (i.e. spiritual) end. In 1664 Margaret Fell was arrested for failing to take an oath and for allowing Quaker Meetings to be held in her home. She defended herself by saying that ''as long as the Lord blessed her with a home, she would worship him in it''. She spent six months in Lancaster Gaol, whereafter she was sentenced to life imprisonment and forfeiture of her property. She remained in prison until 1668, during which time she wrote religious pamphlets and epistles. Perhaps her most famous work is ''Women's Speaking Justified'', a scripture-based argument for women's ministry, and one of the major texts on women's religious leadership in the 17th century. Fell wrote many letters as appeals during her time imprisoned, and this is a letter she wrote to the King in 1660. It has been specially formatted for e-readers.
Toon meer Toon minder