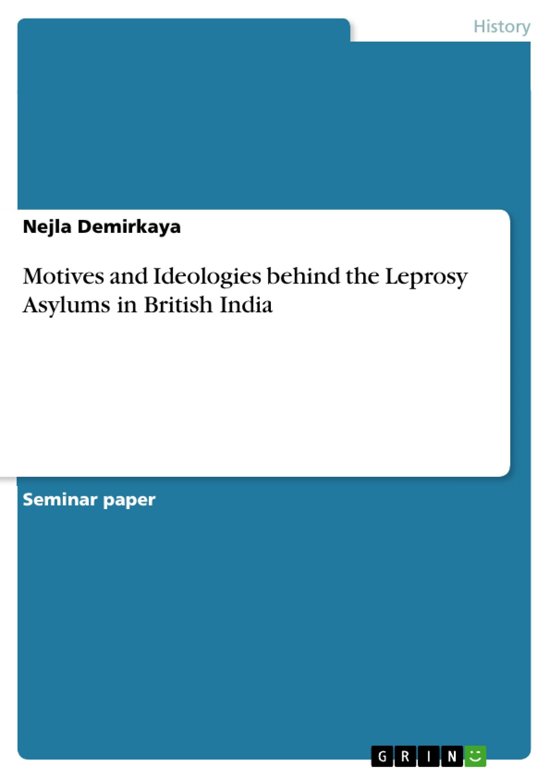 Seminar paper from the year 2014 in the subject History - Asia, grade: 1,3, University of Göttingen (Centre for Modern Indian Studies), course: Health and Medicine in South Asia: A Historical Perspective, 1750-1950, language: English, abstract: Even to modern scientists, certain aspects of leprosy such as its exact mode of transmission and point of onset remain a matter of research. How much greater the confusion in regard to leprosy must have been in colonial times, when Western medicine as we know it today was just beginning to evolve, is easily understood by looking at the many different, even contradictory attitudes towards the disease and the ways of dealing with its sufferers in British India. Using the example of the main institutions designated for the housing and the care of India's 'lepers', the leprosy asylums, the many different motives and ideologies partaking in the medical, public and political discourse on this ancient disease shall be identified and discussed, seeking to show the many interconnections between colonial interests, public pressure, medical perspectives and missionary agenda. Did colonial intervention root in medical or rather pragmatic considerations? What religious ideologies nurtured the wish for the confinement of 'lepers'? How much influence did Indian public opinion exert on the way leprosy was dealt with? This paper thus attempts to reveal the inner workings of the colonial state by looking at the many agents taking part in public health decisions and policies.