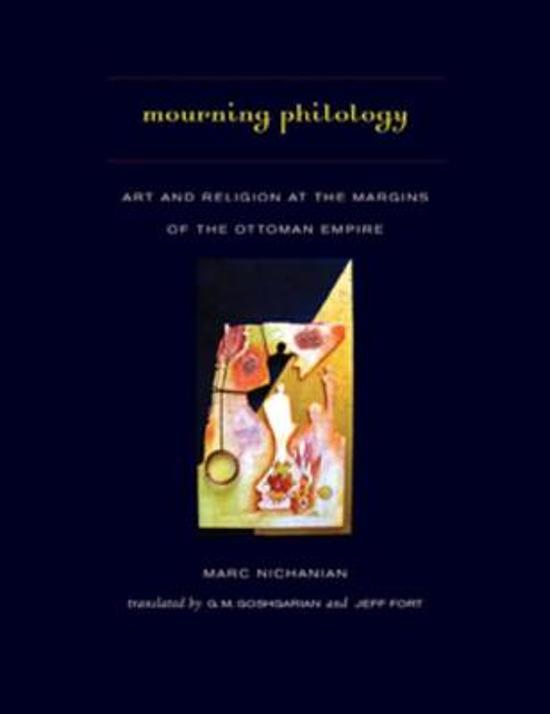 Pagan life seduces me a little more with each passing day. If it were possible today, I would change my religion and would joyfully embrace poetic paganism, wrote the Armenian poet Daniel Varuzhan in 1908. During the seven years that remained in his life, he wrote largely in this pagan vein. If it was an artistic endeavour, why then should art be defined in reference to religion? And which religion precisely? Was Varuzhan echoing Schelling's Philosophy of Art? Mourning Philology draws on Varuzhan and his work to present a history of the national imagination, which is also a history of national philology, as a reaction to the two main philological inventions of the nineteenth century: mythological religion and the native. In its first part, the book thus gives an account of the successive stages of orientalist philology. The last episode in this story of national emergence took place in 1914 in Constantinople, when the literary journal Mehyan gathered around Varuzhan the great names to come of Armenian literature in the diaspora
Toon meer Toon minder

Marc Nichanian gives us the most extensive account of philology to date - by which I mean that he calls it to account as no one else has as of yet. He identifies philology as the foundational discourse that, hardly limited to the academy, instituted the order of things within which we live and think still. Philology's role was memorably traced by Foucault, while Edward Said crucially implicated it in the history of colonial rule. Nichanian expands on both, and he does so by restoring religion to its place. More important, whereas Foucault and Said saw literature as the site of a possible breach of philology's hold, Nichanian demonstrates the more complex, indeed, essential link between the aesthetic and the religious. Finally, by placing mourning at the center of these distinct discursive spheres, Nichanian brings together the emerging discourses and practices of art, religion and philology, archaeology, ethnography and literature, nationalism and colonialism. He thereby recasts our entire understanding of modernity as the impossibility of mourning. This extraordinary book, subtly argued, wonderfully organized, and impeccably translated, will no doubt appeal to scholars of literature, philosophy and religion. -- -Gil Anidjar * Columbia University *
Toon meer Toon minder