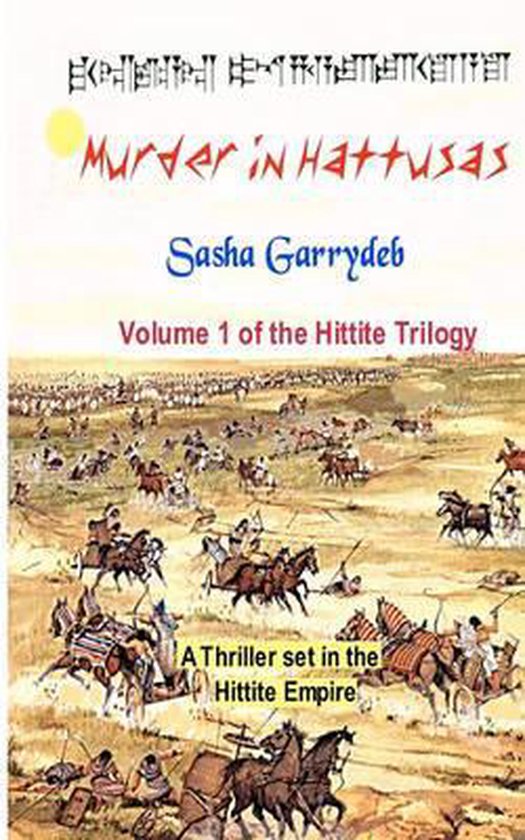 At the close of the Old Kingdom in 1420 BC, the realm of the ancient Hittite Empire is in chaos. Muwatallis, the king has been assassinated in the capital, Hattusas, by the feared Kaska Assassin's Guild. Muwas, the dead king's brother blames the two sons of the previous king, Huzziyas, and he insists he be the one to succeed his brother. The two sons of Huzziyas, Kantuzzili and Himuili, insist the next king be Tudhaliyas, son of Himuili, since rewarding Muwatallis' previous assassination of Huzziyas, is unthinkable. Neither side is prepared to give way, and the scene is set for civil war. Tagrama, the High Priest of the temple of the Storm God Taru, tries to broker a peace, but is up against outright stubbornness. Muwas then hires Harep, of the same Assassin's Guild, to kill Tudhaliyas. Only Mokhat, the former spiritual adviser to the Assassin's Guild, knows what Harep looks like, and he is determined to stop all the damnable assassinations. He's had enough of the Guild's murdering ways. Muwas calls upon his Mittani allies, the Mittani King Saustatar, who sends his son Artatama with an army to Muwas' aid. The Kizzuwatna King Shunashura changes allegiance and abandons the Mittani in favour of Kantuzzili's faction, sending an army to help Tudhaliyas. The Pharaoh Amenhotep II threatens to invade Mittani unless they pull their army out of Hatti. Saustatar refuses. When Tudhaliyas meets Nikal, he falls for this daughter of the Kizzuwatna king. They announce their engagement. Harep, the hired assassin, makes a number of attempts on Tudhaliyas' life, but is foiled. The major Battle of the Wide Plateau settles the civil war but in the mean time, Harap manages to kidnap Nikal. Murder in Hattusas is the 1st Volume of the Hittite Trilogy. The protagonist, Mokhat, is in search of himself after his sordid ministrations to a bunch of murderers. It is a bronze-age thriller, which includes a romp through the Hittite landscape, a civil war, and chariots in battle. This is a tale of love and adventure set in the most fascinating recently discovered culture of the ancient world. Volume 2 of this trilogy is due out at Easter 2011. A must for all fans of the Hittite civilisation.
Toon meer Toon minder