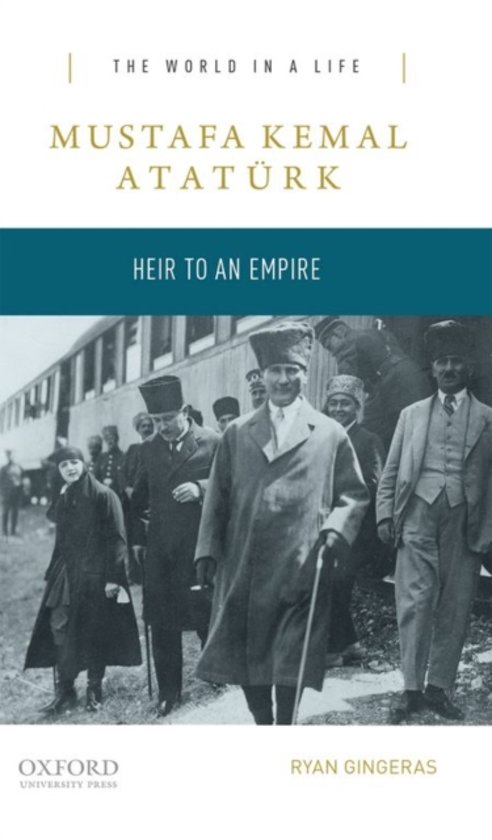 Part of The World in A Life series, this brief text provides insight into the life of Mustafa Kemal Atatürk. By the outbreak of World War II, the Republic of Turkey epitomized more than a state bound for better times; it aspired to represent the essence of modern politics in the twentieth century. To contemporaries of this period, Mustafa Kemal Atatürk-the country's first president-was both the muse and the architect of this radical transformation. By the time of his death in 1938, he was regularly compared alongside other luminary statesmen of the post-Versailles era. Outside of Turkey, his name was synonymous with bold leadership and ambitious reform. Atatürk's reputation as a man both progressive and iconoclastic greatly augmented his already lofty status as Turkey's premier general and war hero. Yet there were some aspects of his life presidency that tempered contemporary admiration for Mustafa Kemal. His acclaim and celebrity came with the understanding that he was a dictator with little patience for liberal democracy. Atatürk's inability to brook compromise and tolerate opposition engendered acts of violence and oppression that resulted in the deaths of large numbers of his fellow citizens. As a whole, the legacies of both his achievements and flaws as a leader remain critical to any understanding of modern-day Turkey.

We live in a global age where big concepts like "globalization" often tempt us to forget the personal side of the past. The titles inThe World in A Life series aim to revive these meaningful lives. Each one shows us what it was like to live on a world historical stage. Brief, inexpensive, and thematic, each book can be read in a week, fit within a wide range of curricula, and shed insight into a particular place or time. Four to six short primary sources at the end of each volume sharpen the reader's view of an individual's impact on world history.
Toon meer Toon minder

Gingeras delivers a highly readable and engaging biography about Turkey's most eminent * and contested * Heir to the Empire is a welcome contribution to the corpus of interpretive works on Mustafa Kemal Ataturk. It situates the founder of modern Turkey in a meaningful historical perspective and provides a similarly profound analysis of his main ideas. * M. Sukru Hanioglu, Princeton University *