Musts, Maybes, and Nevers A Book about the Movies 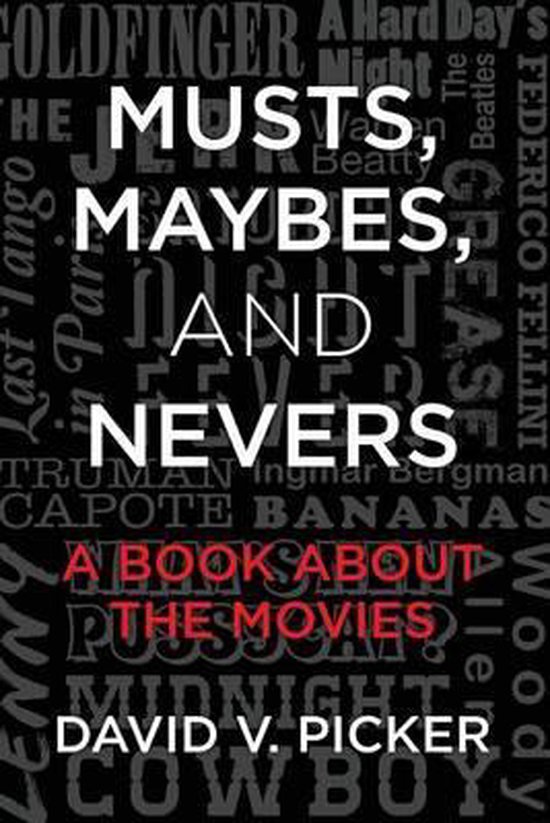 You’ve just bought your ticket to the 8:30 show. You are in your seat, and the coming attractions are over. Now, it’s time for the feature, and this book is it. The author is uniquely qualified to tell you this story because he has personally lived the entire plot, and known every one of the characters.

From James Bond to the Beatles, from Saturday Night Fever to Grease, from Daniel Day-Lewis to Dustin Hoffman, from Steve Martin to Cheech and Chong. As President of United Artists, Paramount and Columbia, producer of The Jerk, Lenny and The Crucible, he’s seen it all, loved it all (well, most of it), and now he’s sharing it all. When the show is over you will have learned about the deals, the hits, the flops, the good guys, the bad guys, and all the rest. Welcome to the show.

''This is a close up look at what made a great film studio great, by a man who was a truly vital part of that story.” - Woody Allen

“A forthright compendium of some of the most important films and film people of the late 20th Century. David Picker is as compelling a memoirist as he is producer.” - Steve Martin

“Without David Picker there would be no James Bond, no Beatles’ A Hard Day’s Night, no Midnight Cowboy, no Lenny, no Ordinary People, or dozens of other iconic films. David Picker loves movies, and the movie business itself, and his life along the celluloid trail is not to be missed.” - Tom Rothman

“David Picker is the Answer. The Question: Why did Billy Wilder, Federico Fellini, Ingmar Bergman, John Schlesinger, Bernardo Bertolucci, among others of the greatest directors of the 60's and 70's, choose to work for United Artists? Picker's focus group was his gut; his handshake was his word; and his investment in talent gave them free reign. I'd advise you to go for it.'' - Norman Lear

“It was a very exciting time to be working with United Artists and David’s team - we did OK!” - Paul McCartney
Toon meer Toon minder