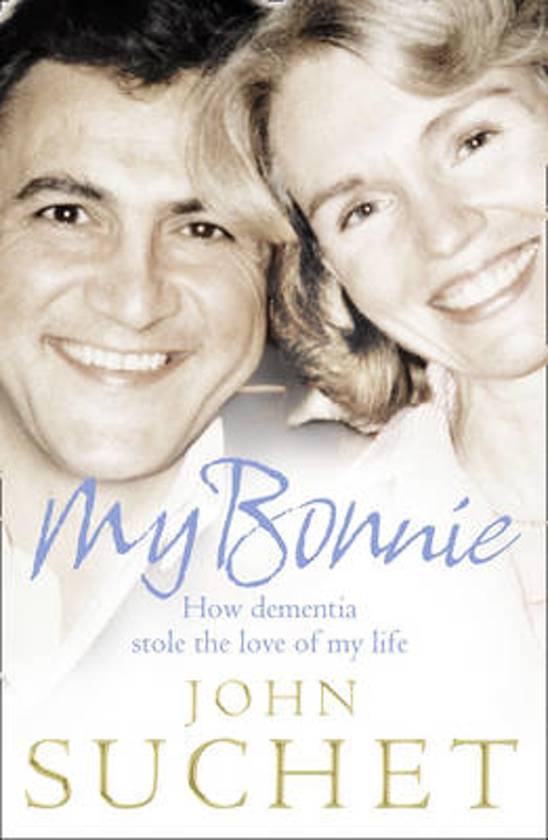 Earlier this year John Suchet revealed that his beautiful 67-year-old wife Bonnie, the love of his life, is suffering from Dementia. During the past three years he has gone from lover to carer. And he has found that exceptionally tough. In this moving, and bitterly honest account, the newsreader reveals his loneliness and his despair. For John it was love at first sight. For many years he had admired Bonnie from afar, hoping and dreaming one day she would feel the same way. Nearly a decade after they first met, their passionate and romantic love affair began. They married in 1985 – head over heels in love – and have enjoyed over 20 years of love and laughter; both had been married before (she had two children and he had three) but both felt, the day they married, they finally joined their other half. In March 2004 John began to notice strange quirks in Bonnie's behaviour. She underwent her first set of neurological tests in March 2005, which brought back no definite results. Then, in February 2006, following a second set of tests, she was diagnosed with Dementia. For three years John personally cared for his beloved wife, keeping her condition secret from all but family and close friends. But in the middle of September this year, over 26 years after his life with Bonnie began, John made the agonising decision to move his wife to a full-time care home. Written in passionate and vivid prose, that captures both the warmth of the good times and the utter despair of the bad times, John weaves together a series of moving and heartfelt stories. In this combination of present day descriptions of life with Bonnie, as her carer, and memories of the romantic years they shared together, John gives a unique – and at times stark – insight into the pain of witnessing a loved one lose their memory. This is a story of pain and despair, and anger and guilt. But above all that it is a story of love; a story of devotion and dedication, and the pleasure that those little moments of recognition, those glimmers of joy, can give – even in the hardest times.