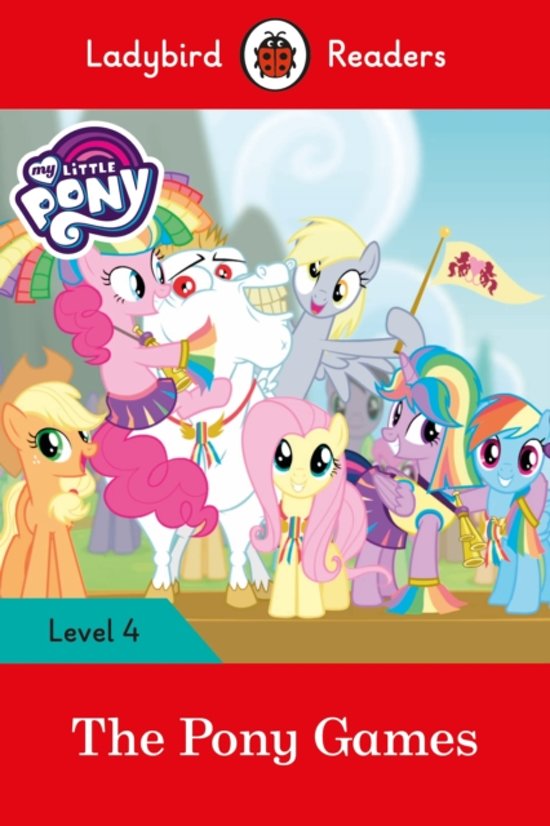 The ponies were at the Pony Games! Soarin hurt his wing. Did Rainbow Dash fly with the fastest ponies, or with her friends? Ladybird Readers is a graded reading series of traditional tales, popular characters, modern stories, and non-fiction, written for young learners of English as a foreign or second language. Beautifully illustrated and carefully written, the series combines the best of Ladybird content with the structured language progression that will help children develop their reading, writing, speaking, listening and critical thinking skills. The six levels of Readers and Activity Books follow the CEFR framework and include language activities that provide preparation for the Cambridge English: Young Learners (YLE) exams. My Little Pony: The Pony Games, a Level 4 Reader, is A2 in the CEFR framework and supports YLE Flyers exams. The longer text is made up of sentences with up to three clauses, more complex past and future tense structures, modal verbs and a wider variety of conjunctions.
Toon meer Toon minder