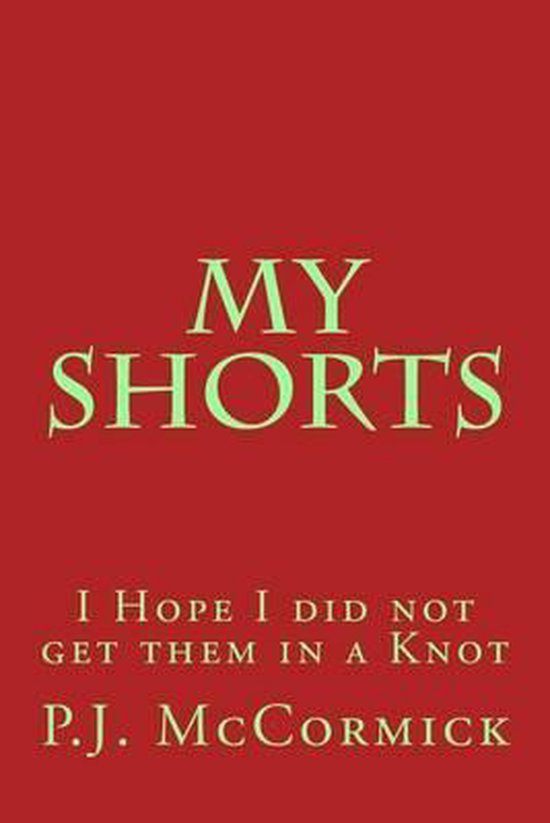 This book is a collection of short stories, articles, poems and events. The short stories are of a drama genre collectively and individually include among other things love, murder, terrorism and a child's lonely quest for his father. The events and articles are personal experiences of the author and the poems are about guilt and romantic experience in his life.The poem "Intimate moments with a Special Person" has been very well received and although short is well worth looking at.The stand alone short story "Understanding Simon's rage" is about a young lad that with the rest of his family was in a car accident from which his mother died and his father suffered a concussion. His two younger siblings have been taken by Children's Aid, which has told him his father is dead and wants to take him as well. A nurse tells him his father is alive and helps him escape to find his father. Since he does not know who he can trust he stops speaking and goes into a rage every time someone tries to stop his quest."A Young Lady in Trouble" Jim Ferguson while on his way to his hotel sees a young lady of the night standing shivering on a street corner on a bitterly cold night. He wisely does not stop to help her, but later feels guilty and tells his wife in his nightly phone call. She encourages him to seek help for the girl and with a local pastor and a police officer they manage to get her away from her pimp. When the pastor's wife discovers the young lady of the night is pregnant they devise a plan to help Jim take her home with him the following evening to get her away permanently from the pimp. The plan fails with deadly consequences."An Ominous Discovery" Ahmad Jahangard was not very clever, but his mother convinced him that someone else was responsible for all his misfortunes. He accepted that and became a very obnoxious person. Because of his fathers connections he was awarded control of the largest department of the Institute of Biochemistry and Biophysics in Teheran, a position for which he was extremely unqualified. Using his obnoxious and overbearing attitude he exercised rigid control of his department and all employees were afraid of him. He took credit for every discovery and blaming incompetence on some poor unfortunate in his department for things that went wrong. When the biological weapon his department came up with as a deterrent to any possible biological attack by Saddam in the Iran/Irac war proved too slow the project was given to his rival. He was devastated, but for the first time in his life he came up with an idea, which boded ominous for the West."A Division between Friends." Pat Morgan and Bill MacLean grew up on the same street in Belfast and were the best of friends despite the fact that Pat was a catholic and Bill was protestant. As religious strife increased from the late 1960s into the 1970s Pat and Bill gradually became separated and became leaders in sections of their individual religions. Pat sent his only son to America but Bill's son stayed in Belfast. Both sons die within a few days of each other. First Bills son is killed in Belfast and an IRA source claims responsibility. Then Pat learns his son is seriously ill in a hospital in Los Angeles and his son dies an hour after he arrives at his bedside."Is it a Miracle" This is a true story and does not pass as a miracle, but you might have a lot of difficulty convincing the young couple involved. A young man in England lost his job and the couple were unable to pay their mortgage went through their usual routine of letters requesting payment without response and eventually applied to the court for a foreclosure, which was granted. The district manager was passing by the house the day before the couple were to give up possession and they were ready to move. They were allowed to stay in the house
Toon meer Toon minder