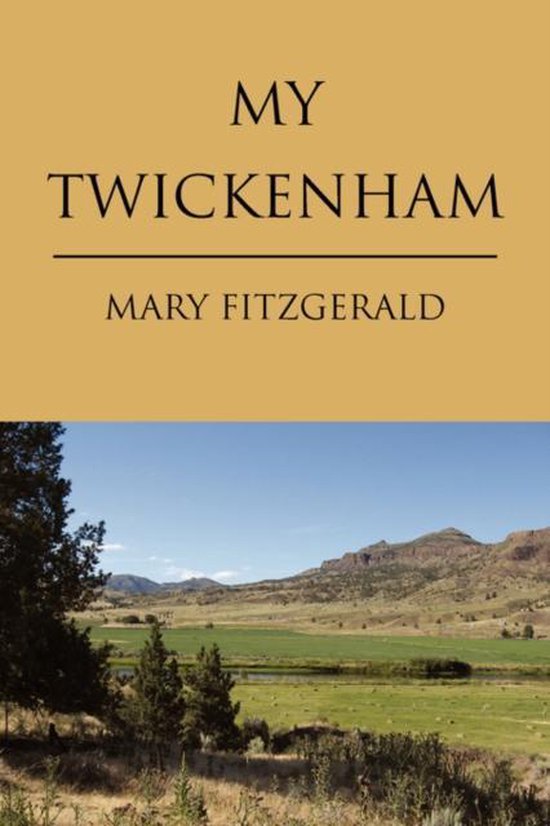 LONG BOOK DESCRIPTION Growing up in an isolated river valley in central Oregon, Mary Fitzgerald was born at a time when the effects of the Great Depression still lingered in the small rural community. Reared by hard working, independent parents, the middle child of a family of eight children learned at an early age to appreciate her family and her surroundings. Early in her life, she developed a strong love for her Twickenham that continued to influence her as she worked to complete the education that would enable her to return to her childhood home and to help her make a living for her family. My Twickenham is the story of a farm girl as she worked for her dream of becoming a mother, a teacher, and a resident of her childhood home. Mary left a small rural school of ten students to attend a seemingly large school with an enrollment of a little over 100 students. From adjusting to the big school in Mitchell, to college, to the Women's Army Corps, and to her early adult life, her book is filled with rich accounts of her childhood memories. Growing up with five brothers and two sisters in a small frame house meant there was very little privacy to be found. Mary escaped the noise of the active brood by climbing into her beloved apricot tree in the front yard where she nestled into the crook of two branches forming a natural seat and, from this perch, she surveyed her surroundings while isolated somewhat from her noisy siblings. It was in her nest that she read her favorite book, Jesus and I, and dreamed of what her future held. Determination to live in Twickenham when she became an adult, coupled with her love for her little brothers and the responsibility of caring for them, determined her decision to become a teacher. Well before she entered high school, she had her future planned. Mary left the security of her hard working, loving parents and her Twickenham home behind as she pursued the course she had set for herself in order to return to her beloved valley. Naivety and enthusiasm sometimes proved to be a detriment in her quest, but sheer stubbornness and her love of life pulled her through some tough times as she worked her way back to her childhood home. The birth of a healthy daughter, Dickse, was the answer to her prayers. When, after a failed marriage, she rediscovered a childhood friend, she married the best friend she would ever have and her life was complete. Together, Tom and Mary would help Dickse complete high school and see her start her life down a different path than they had wished for her, realizing that part of loving is letting go when the time has come. Together, Tom and Mary worked on completing their home and on moving and remodeling the old one-room Twickenham School. Mary found in Tom a kindred spirit and together the two enjoyed their sense of adventure as they traveled around the United States on their motorcycles, took cruises in the Caribbean, and attended family celebrations wherever they may have been. Sometimes humorous, sometimes poignant, and always very real, Mary's highly anecdotal autobiography reflects the lives of some of the citizens of Wheeler County who influenced her as she enjoyed her life in her river valley. The story, interspersed with bits of local, national, and worldwide history, is written with an appealing style that will make the reader want to keep turning pages to see what will happen next.
Toon meer Toon minder