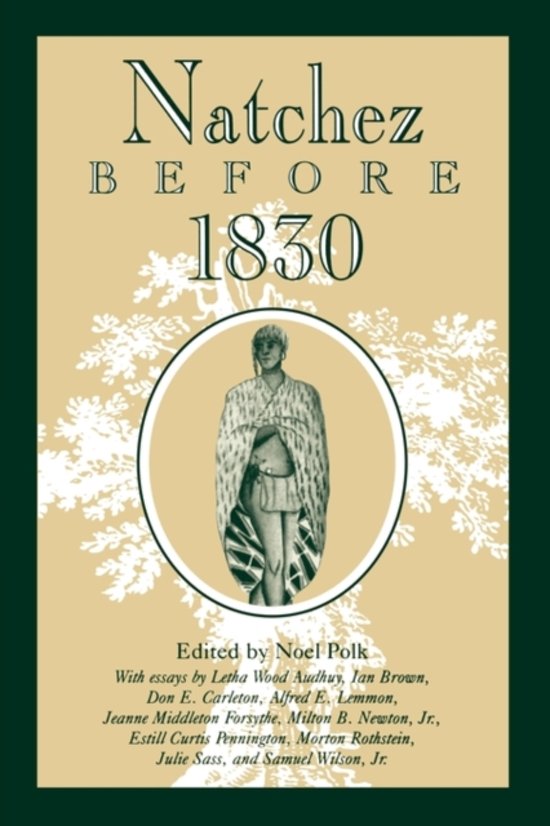 This informative study representing a variety of scholarly perspectives reveals the cultural, historical, economic, political, and even geographical evolution of Old Natchez, which until now has been given little attention. In some ways, Natchez is among the best-known of American towns. Because of its strategic location high atop the Mississippi River bluffs, it became, in the early years of this country's development, the cultural and economic matrix for the great American Southwest. However, despite its rich history and strong hold on the American imagination, there are many areas of Natchez history that remain relatively unexplored. In these papers from the second L.O. Crosby, Jr., Memorial Lectures, scholars from a variety of academic disciplines suggest numerous ways in which forces converged on the people of the Natchez area to shape and mold their daily lives. Ian Brown portrays Indian lifeways in the Natchez region in historic times by drawing on archaeological expeditions and on the writings and sketches of travelers such as Le Page du Pratz and Alexandre De Batz. Letha Wood Audhuy contributes to an understanding of Natchez's significance in Western culture by exploring the writings of Chateaubriand. Using the Spanish archives, Alfred E. Lemmon reconstructs Natchez under Spanish Dons. Don E. Carleton surveys the enormous dimensions of the Natchez Trace Collection, a Collection of original manuscripts, financial and legal records, sheet music, photographs and other archival documents which span the years between the late 1770s and the early 1900s. Analyzing the Wilton map of 1774, Milton B. Newton, Jr., demonstrates precisely how it documents the arrival of tangible British order in the Old Natchez District. Morton Rothstein describes the beginnings of the Natchez economy. Estill Curtis Pennington examines important surviving artifacts of the Natchezians' material culture to show how they brought the culture and refinement of the East to frontier society. Jeanne Middleton Forsythe tells of the values and beliefs of Old Natchez as they are reflected in the educational enterprises of the pre-1830s. Finally, Samuel Wilson, Jr., establishes the architectural distinctiveness of some of the older Natchez buildings in the context of the history of the time and place.
Toon meer Toon minder