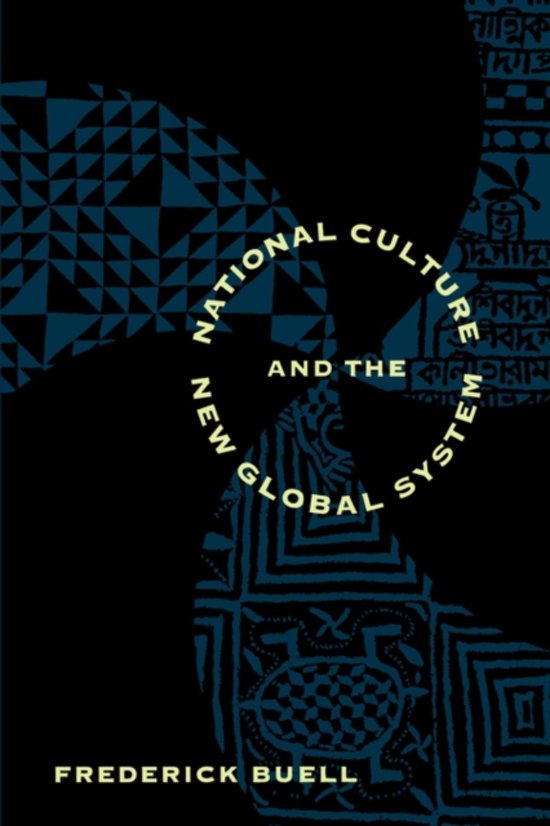 The three worlds theory is perhaps still the basis for our dominant assumptions about geopolitical and geocultural order, writes Frederick Buell, but its hold on our imagination and faith is passing fast. In its place, a startlingly different model-the notion that the world is somehow interconnected into a single system-has emerged, expressing the perception that global relationships constitute not three separate worlds but a single network. In the wake of disillusionment with anticolonial nationalism, and in response to a wide variety of economic, political, demographic, and technological changes, Buell argues, we have come increasingly to view the world as complexly interconnected. In National Culture and the New Global System he considers how the notion of national culture has been conceived-and reconceived-in the postwar period. For much of the period, the three world theory provided economic, political, and cultural models for mapping a world of nation-states. More recently, new notions of interconnectedness have been developed, ones that have had profound-and sometimes startling-effects on cultural production and theory. Surveying recent cultural history and theory, Buell shows how our understanding of cultural production relates closely to transformations in models of the world order.
Toon meer Toon minder

His obvious erudition regarding a number of theorectical fields, including Marxism, postcolonialism, globalism, and Asian-American and Afican-American ethnic theory is impressive... Buell provides thorough and often illuminating readings of key works by several authors of fiction who are concerned with issues of globalism and various nationalisms, including most prominentely James Ngugi, Bharati Mukherjee, Tanizaki Junichiro, Maxine Hong Kingston, Mishima Yukio, and Nuruddin Farah. -- Harold K. Bush, Jr. * College Literature * In this comprehensive book, ranging in reference from nationalism in Japan to ethnicity in the United States, from world-system theory to diaspora, from interpretation of novels to readings in contemporary cultural theory, Buell patiently reflects on the ways culture has been conceived since World War II and is being reconceived today. As a literary critic and cultural theorist, Buell tries to show that we can see in culture, as much as in economics, 'globalization processes at work.' The value of the study is its perspective. -- Gregory Jusdanis * International Migration Review * National Culture does provide the energetic and persevering reader with a wealth of information on theoretical perspectives on global culture relationships... The penultimate chapter, 'Outside the Marxian Tradition' is particularly strong. -- Sarah M. Corse * Contemporary Sociology *
Toon meer Toon minder