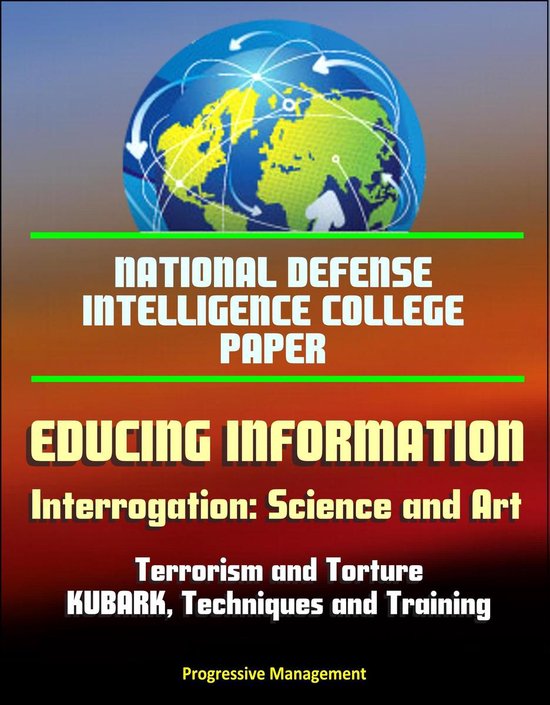 
Educing Information is a profoundly important book because it offers both professionals and ordinary citizens a primer on the ''science and art'' of both interrogation and intelligence gathering. Because this is a book written by and for intelligence professionals, it starts exactly where one might expect it to start - with a superb discussion of the costs and benefits of various approaches to interrogation. For those who are unschooled in the art and science of intelligence gathering, careful study of the table of contents is perhaps the best way to decide which of the papers would provide the most convenient portal through which to enter a realm that is, by the admission of the authors themselves, both largely unexplored and enormously important to our national security. The excellent paper on the ''KUBARK Counterintelligence Interrogation Review'' provided just the historical and theoretical background needed. Don't expect Educing Information to become required reading among the Hollywood screen writer set anytime soon, but it certainly should be. All of us could learn quite a lot.


In World War II, the United States military developed a secret ''offensive'' program, called MIS-Y, designed to obtain intelligence from captured adversaries. This ''educing information'' program (though it was not described as such at the time) was designed to obtain intelligence from senior German officials, officers, and scientists in U.S. custody. German officers, scientists, and officials were monitored on a 24-hour basis; information was also collected from them while they were in formal interrogation sessions, while they conversed with their roommates and ''colleagues,'' and at other times. The information was analyzed on an ongoing basis, with dossiers of the internees updated regularly. Intelligence was developed and disseminated to military commands and organizations. The MIS-Y program ended with the conclusion of WWII.


With the attacks of 11 September 2001, and the initiation of the Global War on Terrorism, the Intelligence Community plunged into activities that, of necessity, involved efforts to obtain information from persons in U.S. custody who at least initially appeared uncooperative. At holding facilities in Afghanistan, Cuba, Iraq, and perhaps other sites, active duty military personnel, reservists, intelligence officers, law enforcement agents, contracted interrogators, and others worked to glean information and create intelligence that might help prevent terrorist attacks and contribute to national security. Since there had been little or no development of sustained capacity for interrogation practice, training, or research within intelligence or military communities in the post-Soviet period, many interrogators were forced to ''make it up'' on the fly. This shortfall in advanced, research-based interrogation methods at a time of intense pressure from operational commanders to produce actionable intelligence from high-value targets may have contributed significantly to the unfortunate cases of abuse that have recently come to light.