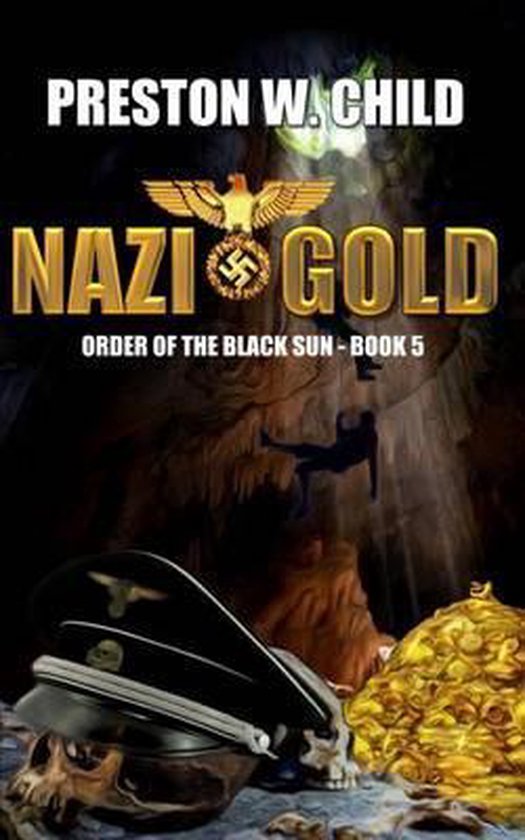 Investigative journalist Sam Cleave finds himself running from the site of an execution he barely escapes. Chased by a sinister militia captain with Nazi roots and a penchant for setting dogs on his targets, he has to stay alive long enough to deliver the damning evidence on his camera to the authorities. His long time friend, Dr. Nina Gould, is contracted by a Czech anthropologist and heiress to search for a lost Nazi treasure stolen from her family and taken to Romania, and she invites Sam to join them on their excursion. They learn that the item is a deck of tarot cards from antique Prague, said to have the ability to alter time and space to the will of the person who lays out the spread, thus undoing history and reshuffling physics to change the world to suit whomever owns the deck  therefore an invaluable treasure to the Order of the Black Sun Nazi organisation. Their pursuit of the item leads them to Sam Cleave, already on their hit list, but what they do not know is that their employer, a secret member of the Black Sun, has other plans for the evil tarot cards. She employs the talents of a 10 year old homeless street thief to help her attain power by teaching him how to work the tarot. While Sam and Nina help their Czech employer to locate the cards, they are subjected to the inexplicable and ominous forces of the Hoia Baciu forest of Transylvania, reputed to be the most haunted forest in the world. It was here where the last owner of the deck met his end, so they have to enter the embrace of the devilish woodlands to seek the wicked cards that could thwart history and bring about unbridled chaos to the world. They have to find the deck before the wrong faction does, but in their midst a traitor lurks to fulfil his own ideals and a series of strange occurrences prove that someone else is using the cards already. In the company of Romani Gypsies the party quickly learns the history of the local man who brought the cards here and, under influence of its evil eventually lost his life to protect The Black Tarot of Hoia Baciu. A word from the author: Hello and thank you for your interest in my book. It has come to my attention that some people have been mistaking my books for those written by the famous author duo Douglas Preston and Lincoln Child. This is not the case. I wish to clarify that I am not, by any means, related to Douglas Preston or Lincoln Child, Lee Child or any other author called Preston Child. I hope this clears up the confusion.
Toon meer Toon minder