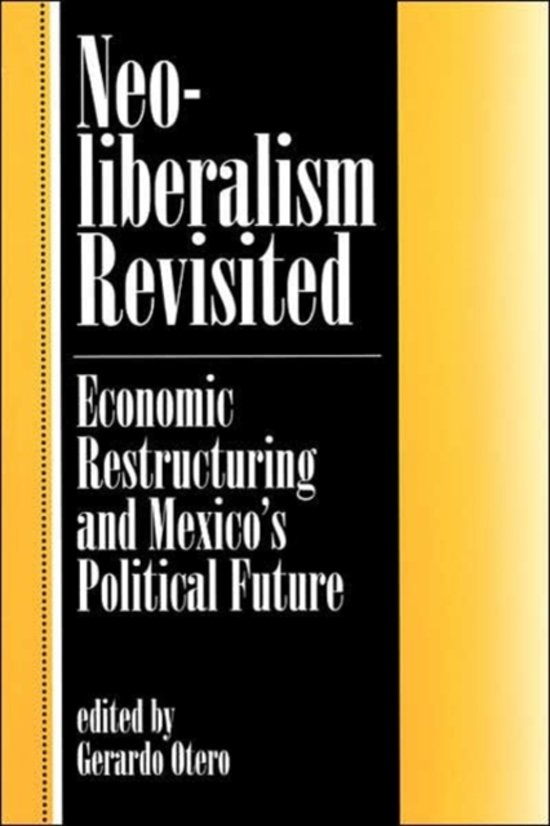 Having unilaterally opened its borders to international competition and foreign investment in the mid-1980s, Mexico has become one of the world's leading proponents of economic liberalization. Nevertheless, as the recent uprising of native peoples in Chiapas has made clear, economic reforms are not universally welcomed. This book addresses the challenges brought about by the restructuring of the Mexican economy at a time when-multiple organizations of civil society are demanding a democratic political transition in a system that has been dominated by one party for nearly seventy years. The contributors identify the key social and political actors-both domestic and international-involved in promoting or resisting the new economic model and examine the role of the state in the restructuring process. They explore such questions as: In what ways is the state itself being reconstituted to accommodate the demand for change? How have Canada and the United States responded to the increased internationalization of their economies? What are the challenges and prospects for transnational grassroots networks and labor solidarity? Answers are provided by scholars from anthropology, economics, history, political science, and sociology, all of whom promote interdisciplinary approaches to the issues. Each chapter traces the structural transformations within the central social relationships in Mexican society during the last decade or so and anticipates future consequences of today's changes.
Toon meer Toon minder