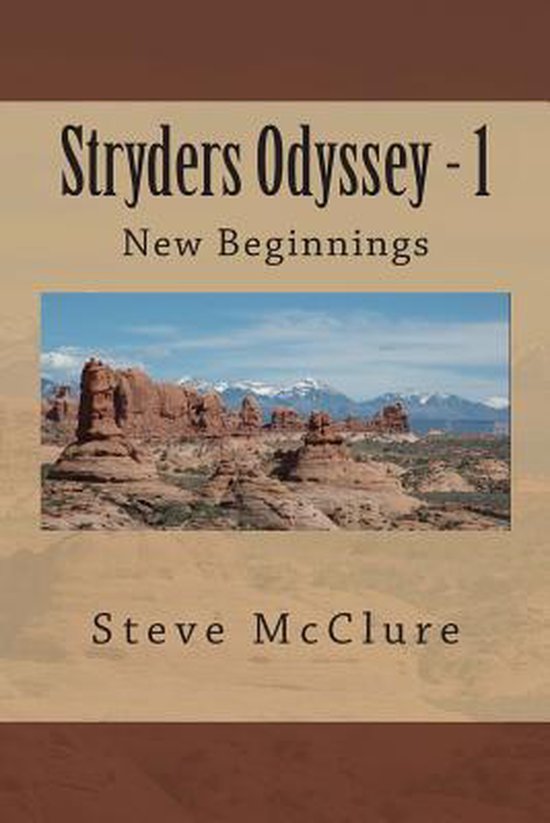 This is the first book of Stryders Odyssey, a SciFi / Fantasy series that will take the reader on adventures to other worlds. When Sam goes camping in the woods near his home town of Big Bear, it is a time when he comes in contact with more than just the local wildlife. He travels through a portal and learns that the human spirit exists on other worlds besides his own. For this discovery will take him to the nine colonized planets on a search to find those with the rings of council. But be mindfull of the ‘Order for they have their own agenda. [Ver 2-14]

...and did I tell you there be Starships!


Excerpt...
Cassie (short for Cassandra) had just arrived as one of the replacement astronauts to the International Space Station. This being her first night in space, she found it very hard to sleep; she was simply too excited. She floated round the station until she came to the Tranquility Module. She recalled that this was where the Cupola observatory was located. Now the Cupola was a dome that was comprised of seven distinct windows and they gave the viewer one of the best views of the Earth from the station’s 230 mile high orbit.
As she stared down upon the Earth a glint of something yellow caught her eye. She thought nothing of it at first but afterwards she wished she had triggered the high speed cameras. For it was only when the band of yellow light coalesced into a solid object that looked remarkably like a starship that it really got her attention. It was at least a hundred miles away and so quite far, but then the craft itself was very large, even for that distance.
Before she could catch herself she blurted out, “Please tell me somebody else saw that?”
Her request was answered by silence.
But that night she saw an up-close version of the same event replay itself in her dreams. There was a flash of yellow that came together to form itself into a sleek starship which drifted by the International Space Station as she herself was looking out the Cupola. As it passed by it then did a graceful 90 degree counter-clockwise roll. She knew there was some writing down the side of the vessel but she just couldn’t manage to resolve the letters. Also, for some reason, she felt she had seen two young men standing in the forward section.
The ship steadily disappeared into the distance.
Cassie turned over in her sleep.
“I wonder who I ask for a transfer?” she murmured.

Excerpt...
Up the proa rose as it was carried towards the crest of the great wave. In a trice Great-grandfather had overcome his fears and for the second time in his life, with adrenalin now surging through his old body, he found new strength to surf his outrigger at the top of the hundred foot rogue. Keanu looked back at his ‘Grandfather just as an intense flash of light illuminated the wave and the entire night sky. The picture of his ‘Grandfather riding his outrigger would now be forever etched in his mind for all time.
Keanu had seen his Great-grandfather act out his tale. It hadn’t been imaginary fiction after all. It had all been for real. It was then when Keanu moaned to himself. For now, just like his Grandfather and his Great-grandfather, he too had a story to tell, and he also knew from first-hand experience that no one he told would believe him.
Toon meer Toon minder