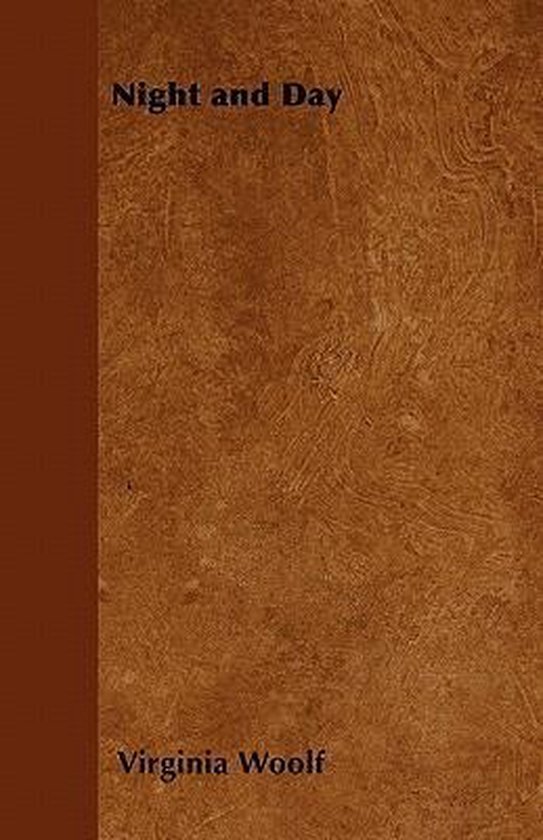 
"Night and Day" was Virginia Woolf's second novel and it has been overlooked by critics and readers in favor of her more experimental works. It is important for its treatment of women and modernity, in the city, in politics and in the workplace. It is a novel about social transition. Set before the First World War, but written after the war, Woolf hints at the sense of chaos and relativism which the war will bring about.
The novel looks backwards as well as forwards. Katharine and her mother are engaged in the seemingly never-ending project of writing the biography of poet Richard Alardyce, Katharine's maternal grandfather. Woolf depicts the Victorian fetish for great men. As Ralph Denham, Katharine's eventual fiance, says, "I hate great men. The worship of greatness in the nineteenth century seems to me to explain the worthlessness of that generation." His middle-class family in Highgate boasts no such great figures, and the cross-class relationship between Ralph and Katharine is a sign of the novel's modernity.
Katherine is harnessed to a "great" man, taught to remember her own insignificance in the face of his greatness. "One finds them the Alardyces] at the tops of professions, with letters after their names; they sit in luxurious public offices, with private secretaries attached to them; they write solid books in dark covers, issued by the presses of the two great universities, and when one of them dies the chances are that another of them writes his biography." "They" are, of course, all men, and Woolf here launches an attack on the perpetuation of privilege through the patriarchal institutions which she would analye in" A Room of One's Own" and "Three Guineas."
"(Adeline) Virginia Woolf (1882 - 1941) was an English novelist and essayist, and regarded as one of the foremost modernist literary figures of the twentieth century. During the interwar period, Woolf was a significant figure in London literary society and a member of the Bloomsbury Group. Her most famous works include the novels Mrs. Dalloway (1925), To the Lighthouse (1927) and Orlando (1928), and the booklength essay A Room of One's Own (1929), with its famous dictum, "a woman must have money and a room of her own if she is to write fiction."
Toon meer Toon minder