Nightmare in Aurora A Battle of Truth to Power 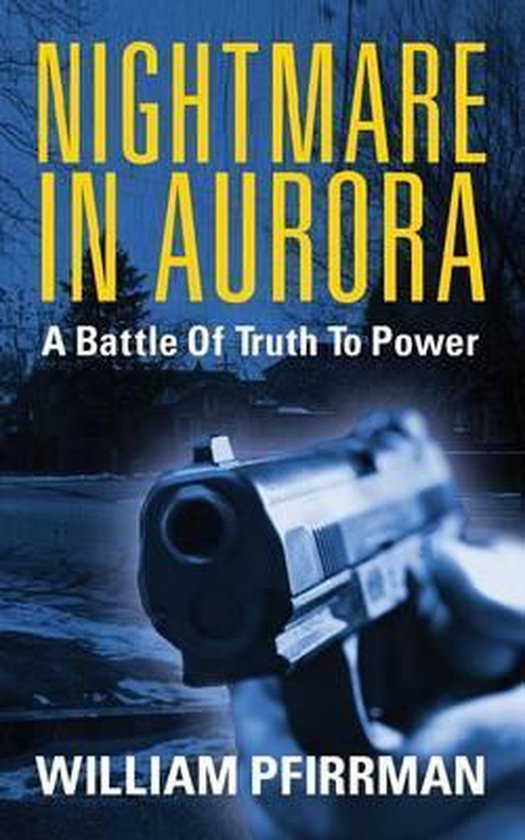 Nightmare in Aurora is a fictionalized tale, based on an actual horrific and nearly deadly event and the people, who were involved, whether willingly or by sheer chance, do actually exist. From the main character, Charley and his roommate, Tom, to the lead detectives charged with seeking the truth in this tale of lies and deceit, to the crime scene investigators and the witnesses, they are all actual persons and all played a role in the search for the truth and justice. In every case, I have changed the names of those depicted here. However, the book contains many of the actual police reports written by the different police officers involved in all aspects of the investigation. Reports filed by the lead detectives in the case, by crime scene investigators, uniformed officers that had responded to calls for help from one of their own, as well as from Charley and his roommate Tom, who at first believed to be suspects, were actually victims. Also included are the reports filed by the trigger-happy, newly promoted, deceitful detective responsible for this event in its entirety. Even the statements collected from witnesses to the carnage described are included and told in their own words. However, in an attempt to allow the reader to see and understand the entire story as it unfolded, some of the content had to be dramatized. I have written the book in the first person so the reader will feel as though they are sitting across from Charley, the main character, as he takes you along as he describes his life from his earliest memories. As your reading his story, he tells of the traumas he experienced, the battles he was forced to fight growing up, and how he learned to overcome powers much stronger than his own, right up to the moment he relates the horrors he experienced in May of 1973 and the several months following. This, I believe, will allow the reader to experience with Charley everything he had to endure, during this five month long nightmare, as though they we
Toon meer Toon minder