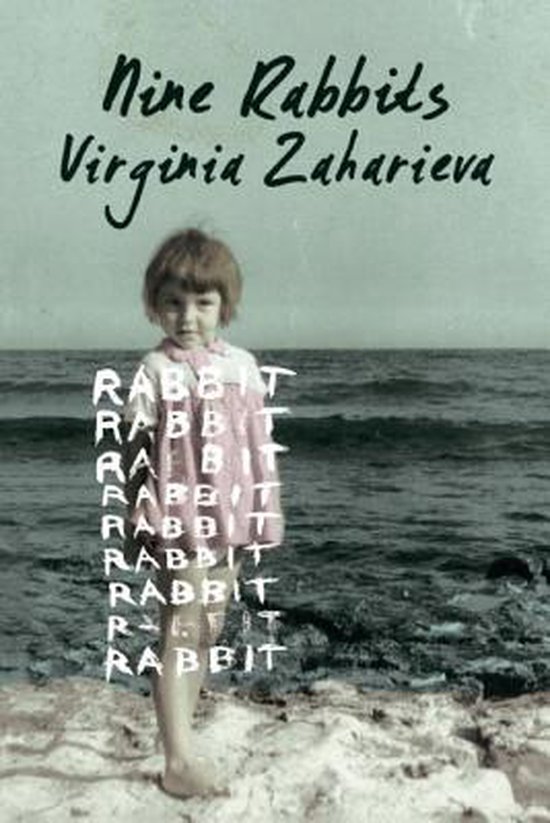 Zaharieva packs several genres into one, including but not limited to pastoral idyll, sexual coming-of-age story, and feminist memoir. Ultimately, she presents life in all its messiness and possibility, vivid enough for the reader to almost taste.Publishers Weekly

''This is powerful, controlled writing.Rain Taxi

''Characters are portrayed in a stark light exposing their neediness, their unflattering traits, and, as the novel progresses, their hard-fought wisdom. . . Its rare for me to recommend a novel on the strength of its wisdom, but time and again I found myself nodding appreciably as Manda moves towards a uniquely feminine Zen understanding of herself.''Heavy Feather Review

A remarkable, untraditional novel about a universal story: one womans quest to createand maintainher own identity Told through a series of beautifully written short chapters,Nine Rabbits is a moving tale of one womans struggle to identify not as one part of herself, but as a whole, complex being. While the novel certainly addresses some heavy topics, Zaharieva moves through each scene with the ease of an old friend sharing stories over a long, boozy dinner, making Nine Rabbits read more like a memoir than a novel, and making Manda seem less like a character and more like the fully-realized woman she strives to be.''Cedar Rapids Gazette

''I know of few books that explore the workings of psychological and cultural legacies as fearlessly... The boldness ofNine Rabbits is expressed in its narrative virtuosity as well, for it blends memoir, recipes, alternative endings, references to popular Western culture, koans, dreams, diary entries and verse.''Rob Neufeld,The Asheville Citizen-Times

''One moment there is past-tense prose and the next we meet the startling present in poetry, stream-of-consciousness, and the most well-timed recipes ever to grace a novel. Zaharievas prose reads like a reverie and translator Angela Rodel maintains authenticity with her mastery of slang equivalents, partly responsible for the total lack of boundaries between page and reader. We are under the waves with Manda, from beginning to end, unable to separate ourselves from her clear, brutal vision of the 'Great Experiment' of her life.''Curbside Splendor

''Lyrical and magical...Filled with nostalgia, [the novel's] recipes beg to be made. Eccentric instructions and all.''Pop-Break

''Gutsy, fresh and vivid, this story of one woman's brave quest through life will take you on a wild ride.''Kapka Kassabova, author ofStreet Without a Name and Twelve Minutes of Love

I turned up in the seaside town of Nesebaran inconvenient four-year-old grandchild, just as my grandmother was raising the last two of her six children, putting the finishing touches on the house, ordering the workmen around and doing some of the construction work herselfthank God for that, because at least it used up some of her monstrous energy. Otherwise who knows what would've become of me.

In Bulgaria during the height of communism in the 1960s, six-year-old Manda survives her cruel grandmother and rural poverty by finding sheer delight in the worldplump vegetables, garden gnomes, and darkened attic corners. The young Manda endures severe beatings, seemingly indestructible. But as a middle-aged artist in newly democratic Bulgaria, she desperately tries to feed her damaged soul with intrepid creativity and humor.

Virginia Zaharieva was born in Sofia, Bulgaria, in 1959. She is a writer, psychotherapist, feminist, and mother. Her novelNine Rabbits is among the most celebrated Bulgarian books to appear over the past two decades and the first of Zaharieva's work made available in North America.

Angela Rodel is an award-winning translator. Born and educated in the United States with degrees in linguistics from Yale and the University of California, Los Angeles, she currently resides in Sofia, Bulgaria.