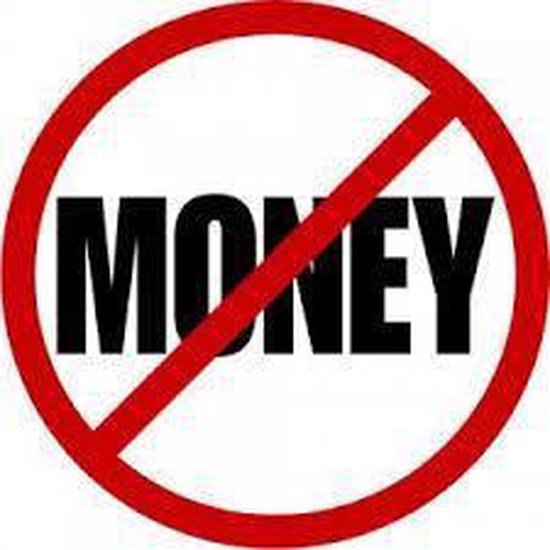 The world is awash with money.

It may not seem like it sometimes, particularly if you find yourself in dire financial straits, and we've all been there. But it's true; the world, and this country in particular, is flush with the stuff. Just look around you, at all the flash cars and big houses and technological gizmos. Most of them are financed/mortgaged/on credit, but the money came from somewhere. The City of London's capacity to literally "invent money' is legendary. We British are the world leaders.

Getting hold of it is not difficult, either, if you turn your mind to it and apply yourself. What you do with it and how effectively you put it into use is all important. It's been my life's work to perform property deals that require no money whatsoever and I shall also show you how to achieve such deals. People have become multi-millionaires using my information and techniques. And I can do that for you, too. Why not


My name is Harry Hawkins and I've been in the property game all my working life. On my own I've done 235 deals over the last 25 years, made a fortune, and I've never used a penny of my own money. Seriously, by using No Money Down techniques it really isn't necessary to dip into your own pocket. Hey, you can start a property empire without a bean; I did, and I know many others who have proved it's possible.


I paid a lot of money (thousands) way back for a highly successful property millionaire's "No Money Down' secrets, all hand-written in a little red book. It was certainly money well spent and I've guarded, used, honed and augmented those techniques to perfection over the years. Now I'm about to retire, and have a private charity to support, and so I thought it time to pass on to the next generation all that I know. And I've decided to do that in my report; No Money Down Property Millions. It's written by me, it's now finished, there'll be a limited circulation and then that will be that.


The inspiration for this report came from my nephew, Adam. It is written for … well, yourself, of course … but originally for him. He's in his late-twenties now and is fed up with working for someone else. As he says, he's far too busy earning a living to make any real money. He sees property as a means of breaking out of the 9 to 5, and he's right. Many people have achieved financial independence from dealing in property, whether that be trading, buying them to let, refurbishing, converting them or whatever. I know one old lady who hasn't done a stroke of "real work", as she calls it, in her life, though she's been terribly busy for as long as I can remember. Since she was young, and widowed, she's brought up her two daughters by buying, living in, renovating and selling properties, always moving on, up the ladder, to bigger and better accommodation, riding the highs and lows of property cycles with dextrous skill until one day, when the children had fledged, she looked around and found herself in a massive London town house, which she'd rescued from dereliction, and thought it time to throw in the towel. Having never paid tax on her property exploits (one's primary residence being exempt from capital gains), she sold up and moved into a small, manageable cottage in the country and has savings enough to last the rest of her life. Of course, after a brief respite, she's back at it again, I understand, having purchased the cottage next door – it kind of gets into your blood this property business.


And I sincerely hope that it will infect Adam, too. He's determined to build a property empire all on his own. He seemingly doesn't want financial assistance from his father, and is prepared to do it alone and start from scratch, which is laudable.


That's how I started, too, many years ago than I care to discuss. Indeed only starting from the bottom and working your way to the top can you learn everything there is to know about the profession – any profession, I suppose.


And yet my nephew has allowed me to offer him some guidance, which is wise of him, and that is the purpose of my book, which I also wish to share with you. I have written this report from the assumption that the reader has no funds with which to build his/her empire and no access to such funds. I am assuming that there is a burning desire within him/her to succeed in the property business and yet frustration grows through lack of financial resources. I understand that situation all too well, having been there myself. Here I offer solutions to that seemingly intractable problem.


And yet the varying and various systems that I detail in No Money Down Property Millions are not just of value to those starting out, perhaps with as little as two brass farthings to rub together. Even seasoned property magnates and battle-weary developers of long standing I trust will gain a great deal from this instruction. After all, there's never enough money to achieve all the projects you dream of doing, and so if I can advise you on ways to expand your existing operation without recourse to huge capital injections, then I hope that will be to your benefit.


Almost all of the techniques that I detail in my book I have used personally to great effect. (Others that I list I know to work, otherwise I would not recommend them.) I have used some more than others, but I would counsel that you do not restrict yourself to one, two or a few, but try to use them all. Approach every deal with an open mind, as all opportunities in the property world are different, unique, have their own particular circumstances. You may well be buying in a different way (from auction, from a public body, from a large or a small corporation, through an estate agent, privately etc) and on almost every occasion you will be buying from a different person or organisation. And each individual or representative of a company will want something different from the deal. If you possess an armoury of various ways to conclude the transaction to your and the vendor's benefit then there's scope for you to get the best out of each and every situation.


In my book you will learn:


- How to profit from the sale of a property that you don't even own!


- How to apply the principle of "asset stripping' to property deals.


- How to obtain money even if you suffer from a bad or low credit score.


- How to turn plastic into bricks and then into paper.


- How to capitalise by spotting what everyone else has overlooked.


- Rather than asking (or pleading) for money, how to have it thrown at you.


- Why "things' are sometimes better than money.


- How to help those who find themselves in distress, to your and their advantage (before someone less honourable capitalises).


- How to (legally) avoid paying tax throughout the whole of your life.


- How to use the resources of others to your own great benefit (and theirs).


Which brings me onto two important matters which need to be taken into consideration: the first is that flexibility of approach is the key, ie having a variety of options from which to choose, and thus I provide not one, nor two, but twelve No Money Down profit systems; and secondly, it may be considered a little old fashioned, but it is always worth remembering that a deal is not a good deal unless all parties to the arrangement are satisfied. No one should be looking to rip anyone off in business; that's just bad business. If a partner or vendor is happy with a deal that they've concluded with you, then they will come back for more. If an estate agent or representatives of a company or government agency is pleased with the way in which business has been transacted, then they'll bring more business your way.