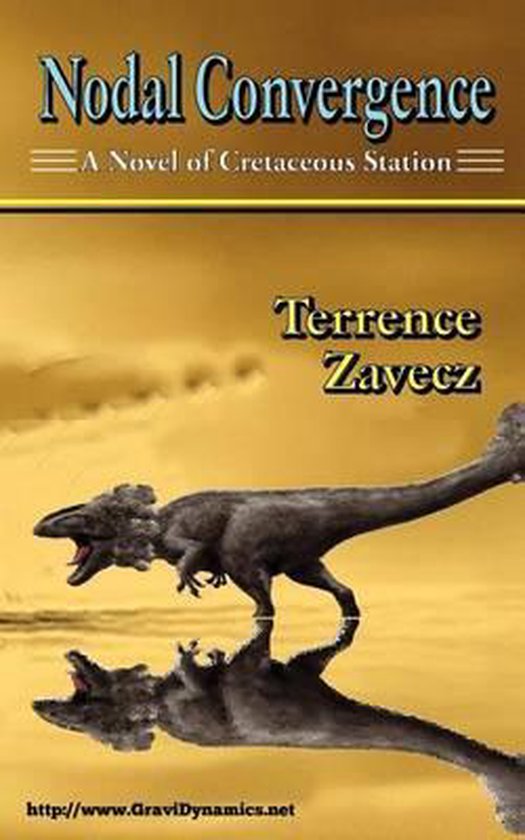 WHAT IS THE PRICE OF PROGRESS?
What do a CEO and entrepreneur, a paleontologist and naturalist, physicists, engineers and special operations teams along with a water mine on Europa and Jupiter have in common?
The answer is a goal to travel faster than light, colonize the stars and, most of all, survive among the dinosaurs.

Reality is always stranger than fiction. So why not firmly ground your fiction on the hard rock of science?
These are the action packed stories of the 322 scientists, soldiers and their families who worked to take mankind to the stars but found they first had to travel to a strange and distant past.Each chapter cites references for current science and a discussion of fact verses speculation. You will be amazed at just how strange these creatures we call dinosaurs were.
_______________________________
Mankind is on the threshold of establishing it's first colonies on other stars. One company, GraviDynamics, has led the way with first their discovery of near instantaneous communications and now a star drive.

GraviDynamics has already launched a starship using it's proprietary interstellar drive pushing it to the Sun's nearest neighbor. This marks a major goal for the researchers but they still have one big problem. Contrary to the predictions of their models, their ships refuse to accelerate faster-than-lightspeed (FTL) and colonization, even at the speed of light, would require hundreds of years to travel to the nearest human-friendly stars. However, the scientists think they have a solution.

The researchers are convinced that the problem is in the design theory for their StarShip Drives and they only need to fine-tune the models. This presents another major problem since the tests must measure the universal constants of the universe at least 50 million years in the past or the future.

Nodal Convergence records the experiences of Mark Nolen, Matthew Zoeller and the 322 scientists, engineers, soldiers, women and children, explorers all, and their quest to propel mankind to the stars!

The research team and their security personnel use their Argos starship to set up a Cretaceous Era research station on the shores of a tropical inland sea in an area sixty-five million years in the past that today we call Texas.

The crew of the Argos discovers a tropical earth without seasons and of unexpected beauty. Surprises begin with their first steps on the vaguely familiar yet strange Earth of the Cretaceous. Then the discoveries being to quickly appear and even their early results suggest that the expense and risks of the expedition may be justified.

Then the humans encounter the dinosaurs. They are not the slow, leather covered, drudging reptiles of paleontology but the perfected product of a hundred million years of evolution.

The expedition discovers an ecology of unexpected beauty hiding a world of intense danger. An ecology filled with a vibrancy of life that will soon be lost in the tragic passing of an era through cataclysmic events. It is also a world filled with menace of a very alien intelligence that threatens their very existence.

Ironically, their experiments soon find that the seeds of one species extinction harbor an unanticipated opportunity for the ultimate survival and continued evolution of the human race … and perhaps others. If they can survive.
Toon meer Toon minder