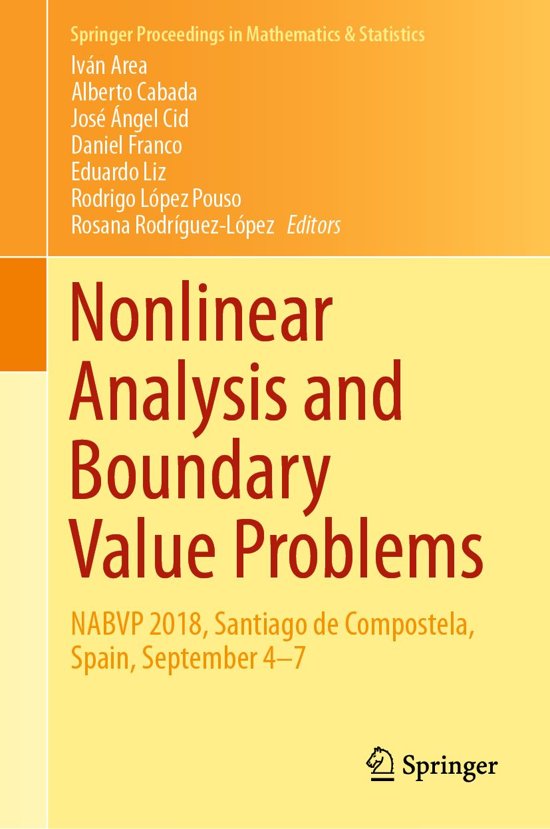 This book is devoted to Prof. Juan J. Nieto, on the occasion of his 60th birthday. Juan José Nieto Roig (born 1958, A Coruña) is a Spanish mathematician, who has been a Professor of Mathematical Analysis at the University of Santiago de Compostela since 1991. His most influential contributions to date are in the area of differential equations. Nieto received his degree in Mathematics from the University of Santiago de Compostela in 1980. He was then awarded a Fulbright scholarship and moved to the University of Texas at Arlington where he worked with Professor V. Lakshmikantham. He received his Ph.D. in Mathematics from the University of Santiago de Compostela in 1983. Nieto's work may be considered to fall within the ambit of differential equations, and his research interests include fractional calculus, fuzzy equations and epidemiological models. He is one of the world's most cited mathematicians according to Web of Knowledge, and appears in the Thompson Reuters Highly Cited Researchers list. Nieto has also occupied different positions at the University of Santiago de Compostela, such as Dean of Mathematics and Director of the Mathematical Institute. He has also served as an editor for various mathematical journals, and was the editor-in-chief of the journal Nonlinear Analysis: Real World Applications from 2009 to 2012. In 2016, Nieto was admitted as a Fellow of the Royal Galician Academy of Sciences. This book consists of contributions presented at the International Conference on Nonlinear Analysis and Boundary Value Problems, held in Santiago de Compostela, Spain*, 4th-7th September 2018.* Covering a variety of topics linked to Nieto's scientific work, ranging from differential, difference and fractional equations to epidemiological models and dynamical systems and their applications, it is primarily intended for researchers involved in nonlinear analysis and boundary value problems in a broad sense.