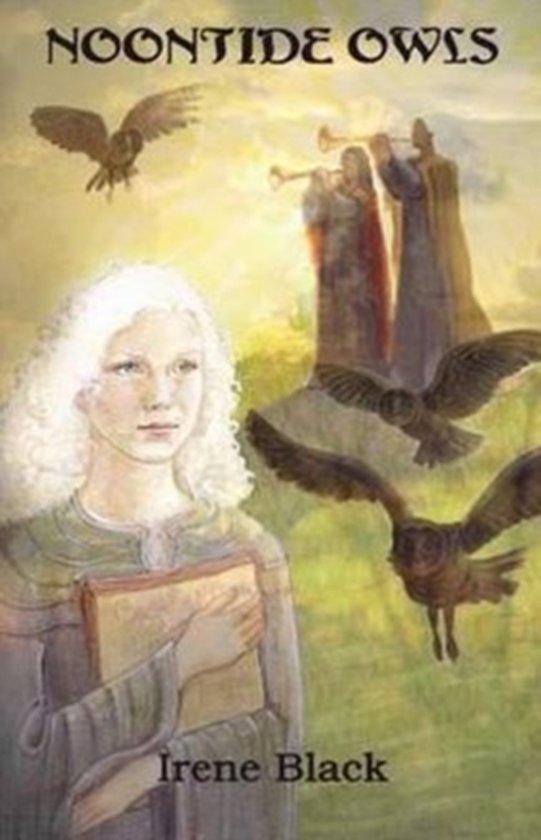 Maara, the girl with three blessings, stares in disbelief out of the window of her uncle's cottage down by the harbour. The terrible army from the Land Beyond is marching out of their lives after one hundred years of cruel occupation. Thus begins the story of Ambamar and its inhabitants: iron-mining Anvil People, gigantic, agricultural Timekeepers, mysterious, scholarly Scribes and Mariners - the fisher folk. Their histories were written long ago in secret papers, and in a magical speaking book that Elin and Arolan, the two trumpeters who herald the promise of a new dawn, carry down from the Iron Mountain, where it had lain hidden for a century. It is imperative for the people to learn these fantastical tales that bind them, for along with freedom, are hatching the worms of hatred and distrust. Elin and Arolan's attempts to bring peace, bring them instead to the brink of disaster. It is left to Maara and her band of like-minded citizens to try and save them and to stop the ruin of Ambamar. Their task is fraught with danger, as they encounter destructive nature spirits, heroes and villains, raging seas, desert sands, dark forests and magical creatures. As well as being a cliffhanger of an adventure story, Noontide Owls is, on a deeper level, concerned with relationships between different social groups and ethnicities and the futility of war and conflict. It also deals with issues such as prejudice, tolerance and self-esteem. And, of course, love. It's is a tale for all ages from 9 to 109.
Toon meer Toon minder