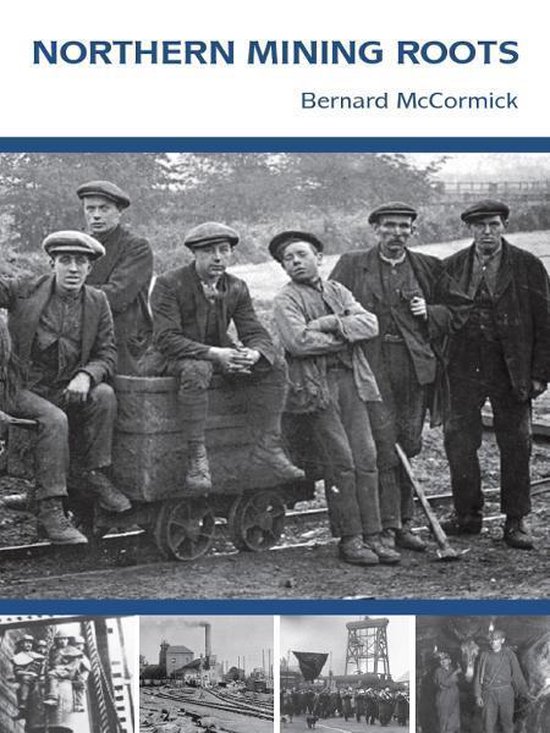 Starting in 1700 in the North of England there was great changes in our way of life. The Wealth of the Country at this time was coal. This precious commodity from the Strata below us was the source of growth & prosperity that we were depending on to pay our way in the World. Rich men from the South of England with rich landowners within the region took advantage of the tremendous demand for coal and its by-products to make vast profits. They exploited their land as well as hard working miners from the Northern areas of the Country. In my book Northern Mining Roots, I have completed an A to Z History of the ownership of Collieries, sinking dates and a wealth of other information on the Industry that our forefathers relied on for a meagre living in days gone by. The History also includes photographs of many of our most important Collieries. I have used most of the Mining photographs from the Durham Miner Project, operated throughout County Durham and part of Sunderland. They received help and funding from Durham,CC, and most other organisations like the European Social Fund and North East Museums. They had a Database, Many Colliery Histories and also mapping. The only problem was not all of my generation who worked in mining had access to Computers. I decided to make a lot of the photographs available to these people in this book. I was very grateful to Mr. Alistair Bowden who works in a Government Department and he advised me on the site and the procedure for applying for permission to use the photographs. The book further includes an analysis of the types of coal that we worked on a daily basis the sizes of the particular seams and many of the most difficult sinking while I do appreciate there are many more Collieries than I have recordered; I have noted as many as I possibly could in this small publication. In the third Chapter I have provided an insight in the difficult period when the Industry was in its early stages. The fight by our ancestors to make a meagre living. It also tells the story of the early fight by the Miners to establish Trade Unions with men to put over their point of view to the Manipulative Coal owners and speculators that used scab workers from other parts of the Country. Paid bullies and Bailiffs turned families out of their homes; and the tremendous fight back to gain recognition. I have also included a brief synopsis of leading leaders in the Industry; people for instance Doctor Wilson, William Hammond Patterson and Tommy Ramsey. In the final Chapter I have told the story of Ken Robinson from Witton Park. Who was just an ordinary Northern Miner who loved the Coal Industry. The whole of his family worked as miners; the book tells of their early family struggles and fight for life, during the many problems in the Mining Industry at Witton Park,. During the downturn of the Industry in the fifties Ken took his whole family to Shropshire to continue working in the pits which he loved so much. Ken very much supported the Miners in their final fight against the Thatcher Government; there was never one week when he did not send money to help with expenses or offer encouragement in this hard and testing time for the miners. Ken qualified as a Deputy then as an inspector I have followed his career to the present. He is now 79 and retired from work but has one of the greatest collections of books on Mining and Industry in the North/ East; as well as many artefacts, lamps and other memorabilia from the coal industry. His son is a Head of the European History Department of a Los Angelus High School living in Los Angelus, America. Ray informed me that he is now an American Citizen & married to his Chinese wife in the City of Angels; but his heart is still in North East England. Kens daughter is a very respected Union Representative for the Transport & General Union. All of the family have travelled for years to our Durham Gala and are proud of their connection to the area. The year now is October 2009 and I have had to reprint the book as it was very much a success especially with ex-miners. I have had to update a few things with the book such as the ISBN number which was changed from ten numbers to thirteen on 1st. January 2007. I have also taken the opportunity of replacing the cover but I have still included the picture of young miners from Hetton Colliery just prior to descending to their seams; the picture holds many memories for myself when working at Bowburn Colliery when I was sixteen & depicts the period exactly as it happened. Ken Robinson still rings me every week he is now 84 & still intends to travel to Durham this year for the Big Meeting In a review The Northern Echo, said the book was a brilliant record of Coal mining & was a must for any person who had worked in the Industry:
Toon meer Toon minder