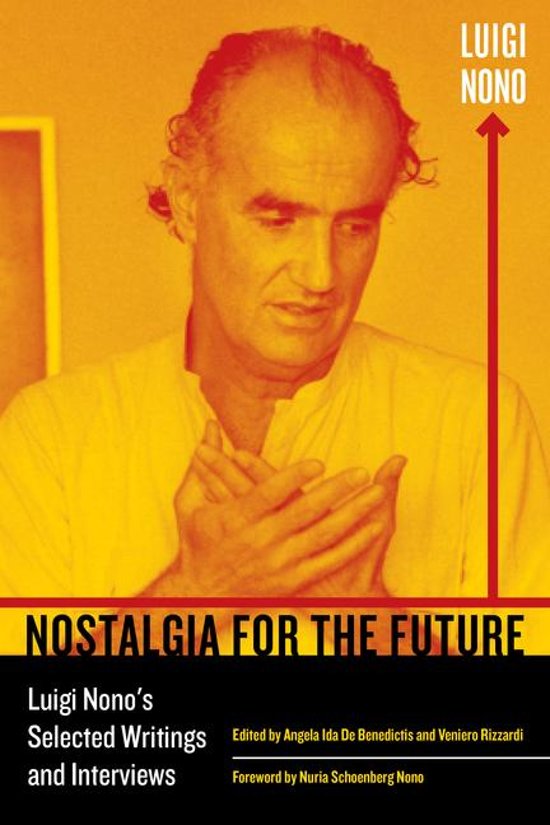 Nostalgia for the Future is the first collection in English of the writings and interviews of Luigi Nono (1924–1990). One of the most prominent figures in the development of new music after World War II, he is renowned for both his compositions and his utopian views. His many essays and lectures reveal an artist at the center of the analytical, theoretical, critical, and political debates of the time.


This selection of Nono's most significant essays, articles, and interviews covers his entire career (1948–1989), faithfully mirroring the interests, orientations, continuities, and fractures of a complex and unique personality. His writings illuminate his intensive involvements with theatre, painting, literature, politics, science, and even mysticism. Nono's words make vividly evident his restless quest for the transformative possibilities of a radical musical experience, one that is at the same time profoundly engaged with its performers and spaces, its audiences, and its human and social motivations and ramifications.

The appeal of what the English music historian Harriet Boyd-Bennett called Nono's 'sonic hubub' is elucidated in this long overdue collection of the composer's writings and interviews. A comparable French edition of this material appeared back in 1993, which indicates how belated, albeit still timely, its insights are for opera lovers undeterred by avant garde sounds. * Opera Now *