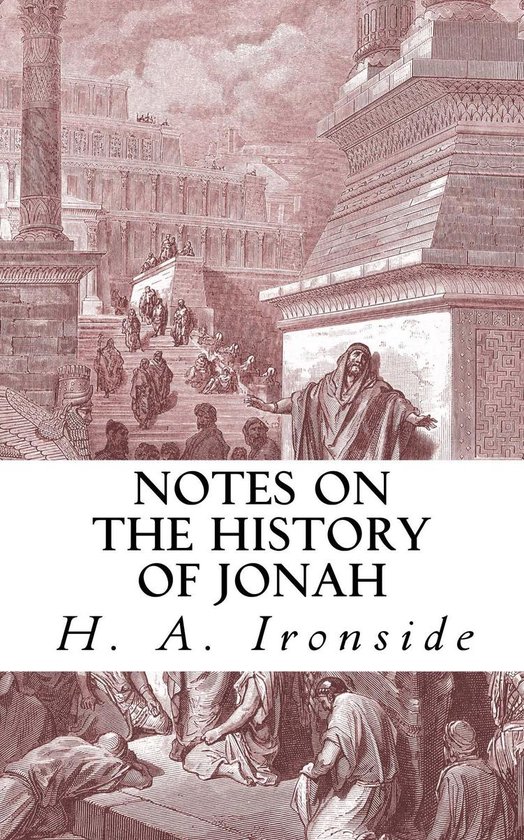 AMONG these so-called Minor Prophets, Jonah is the only one which, in the ordinary sense of the word, does not contain any prophecy at all, except his announcement of the threatened destruction of Nineveh within forty days, which was not fulfilled. Yet the book is distinctly prophetic, and as such is twice referred to by our Lord Jesus Christ. No spiritually-minded person can read it without discerning the fact that Jonah's whole history, or at least that part of it here recorded for our instruction, is in itself a prophecy, setting forth, as it does, the course of Israel, of whom Jonah was a type, or picture, and likewise exhibiting beforehand the wondrous mystery of the Lord's death and resurrection.

Yet this truly sublime and heart-searching book has often been the butt of the ridicule of the worldly-wise rationalist and the puzzle of the unspiritual religionist, who have never learned the importance of bowing to the authority of the Word of God. Time was when it was fashionable for men of science, themselves unconverted, to sneer at "Jonah's whale" that could devour a man, on the ground that the anatomical structure of the creature forbade such a supposition. But added light has revealed the fact that even if the Bible had declared the "prepared" fish to be a whale—which rightly read, it does not—still, the sperm whale, which in early ages frequented the Mediterranean, could have fully met the requirements of the case. Thus once more it transpires that rationalism is irrational, and the Scriptures in every way worthy of credence.

No thoughtful and conscientious child of God could think of questioning the inspiration of a book upon which the Lord Jesus has set His seal in the particular way that He has on this one. Indeed, it is a significant fact that Deuteronomy, the last part of Isaiah, Daniel and Jonah have been preeminently the books that the critics have sought to dispute the genuineness of; and these four portions of the Word of God have been authenticated in a most remarkable way by Him who could not lie. He who knew all things quotes Deuteronomy as the very word of God when meeting Satan in the wilderness; and when He reads from "the great unknown" in the synagogue of Nazareth, He finds in the words of "Isaiah" the message of the Holy Ghost. In like manner He warns of the "abomination of desolation" spoken of "by Daniel the prophet," and declares unhesitatingly that Jonah was a sign to the Ninevites after having been in the belly of the great fish. How great is the blasphemy of those who, in the face of all this, sit in judgment on these solemn portions of the God-breathed Scriptures, and profess to be wiser than the Omniscient Himself!