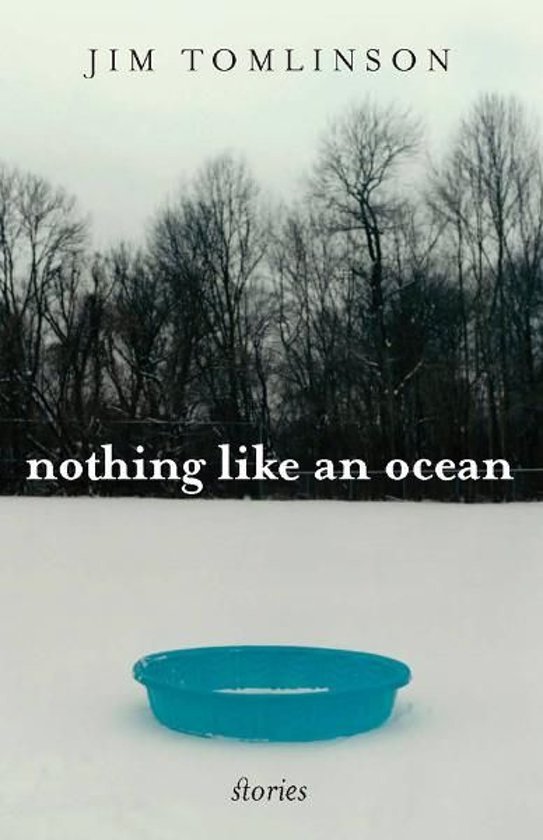 Jim Tomlinson's previous book of short stories, Things Kept, Things Left Behind, won the prestigious Iowa Short Fiction Award and received enthusiastic reviews. The New York Times compared the strong sense of place in Tomlinson's writing to that found in the works of Flannery O'Connor and Alice Munro. The stories in his new collection, Nothing Like An Ocean, also reflect Tomlinson's awareness of place, revisiting the fictional town of Spivey, a community in rural Appalachia where the characters confront difficult circumstances and, with quiet dignity, try to do what is right. In the title story, Tomlinson explores themes of forgiveness and acceptance in the lives of two characters, Alton Wood, a high school math teacher isolated by grief, and his sister Fran, who is emotionally paralyzed by her part in a tragic death. The two take halting steps back into the world after Alton receives an anonymous invitation to a church singles dance. These themes also underlie ''Angel, His Rabbit, and Kyle McKell,'' which tells of Dempsie's evening with two men -- her volatile boyfriend and the recently returned Iraq War amputee whose secret she has been keeping. Loss and the inevitability of change recur in Tomlinson's stories. In ''Overburden,'' Ben, a man simultaneously contemplating AARP membership and impending fatherhood, travels with his wife, Sarah, back to eastern Kentucky to visit the oak tree that was essential to their courtship, only to find the site as barren and featureless as the moon, a casualty of mountaintop removal mining. ''So Exotic'' draws us into the worn environs of Rita's Huddle In Café, where the owner becomes the confidant of Quilla, a mousy bank teller who blossoms as the muse of an eccentric artist from Belarus. The eleven stories in Nothing Like An Ocean evoke a strong sense of small-town Kentucky life, finding humor in the residents' foibles while never diminishing their inner lives. Tomlinson's masterful fiction captures light and dark moments, moments that are foreign yet deeply familiar, as his characters seek redemption and sometimes find unexpected grace..

Jim Tomlinson is a talented writer, brilliant and capable. In well-crafted pieces with masterful turns in the tales, Tomlinson writes the truth of rural Kentucky and gives it a place of dignity in literature. --Mary Popham, New Southerner -- This book, written from the vantage point of Appalachian Kentucky...hits at the universal human condition in a series of short stories. --Moore to the Point -- Nothing Like An Ocean is a collection of 11 stories that adds the needed visceral, darker edge to the stereotypes of small-town life -- or life anywhere for that matter. --Louisville Courier-Journal -- Tomlinson's...talent for storytelling prevails as he demonstrates his ability to evoke strong emotional responses --Pointsville Herald -- Tomlinson's understanding of human nature allows him to relate to his readers, as well as to develop poignant and heartfelt narratives. --Pointsville Herald -- Tomlinson stakes a literary claim that is not only geographic but emotional. --Booklist -- Tomlinson's collection of stories will resonate with small-town Kentuckians, as it guides us through his characters' tragedies and humorous foibles, while maintaining their humanity as they seek redemption. -- news.uky.edu The wisdom, the humor, the characters and the mysteries will keep you saying, 'Just one more story.' The collection will whittle away an evening effortlessly. -- Lexington Herald-Leader With a strong sense of place and clear, poetic language, award-winner Tomlinson breathes new life into timeless stories, creating a world that is foreign and yet deeply familiar. -- Joseph-Beth Bookstore Newsletter It's proof that perseverance and perspiration -- as much as inspiration -- are key to creating art. -- courier-journal.com Tomlinson stakes a literary claim that is not only geographic but also emotional. [He] offers a series of stories set in rural Appalachia, writing movingly of people struggling to find happiness in lives dictated more by economics than sentiment. -- Booklist With a vast scope including wars in Vietnam and Iraq, car dealers and high school teachers, this book never wavers from its profound embrace of humanity. --Chris Offutt, author of Kentucky Straight -- Jim Tomlinson's work is very heartening evidence of the health of that beloved but often slighted form: the short story. -- Richard Bausch, author of Peace -- With his flawless ear for speech and great compassion and wisdom regarding measures of the human heart, Tomlinson drops us right into lives and situations that mesmerize and stun each and every time. Another fine collection from this very gifted writer. -- Jill McCorkle, author of Creatures of Habit: Stories These are sophisticatedly written stories about unsophisticated people, case studies of relationships that are convincing enough to be real. Tomlinson is a masterful storyteller, original, convincing, resonant. -- Richard Taylor, professor and Resident Creative Writer, Kentucky State University I am just now rediscovering the American short story as a wonderful art form. And Jim is one of our best practitioners. -- Sherry Chandler
Toon meer Toon minder