Nothing to Do with Dionysos? Athenian Drama in Its Social Context 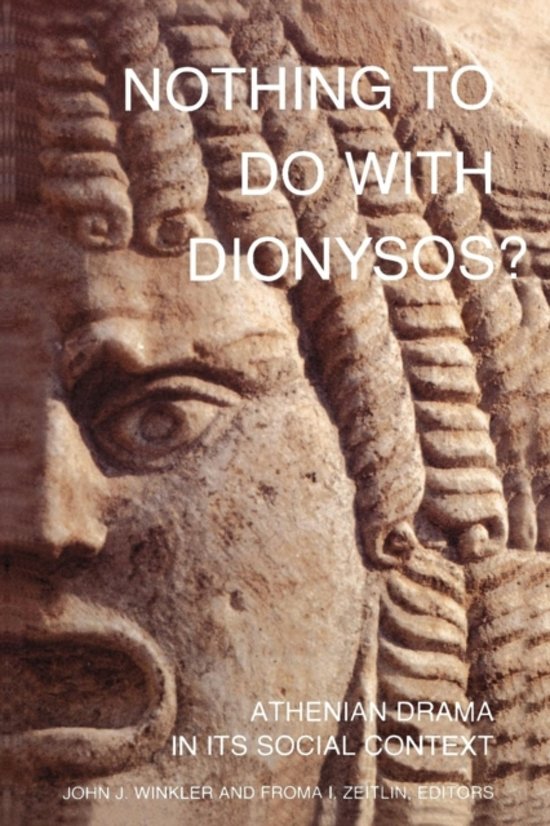 These critically diverse and innovative essays are aimed at restoring the social context of ancient Greek drama. Theatrical productions, which included music and dancing, were civic events in honor of the god Dionysos and were attended by a politically stratified community, whose delegates handled all details from the seating arrangements to the qualifications of choral competitors. The growing complexity of these performances may have provoked the Athenian saying "nothing to do with Dionysos" implying that theater had lost its exclusive focus on its patron. This collection considers how individual plays and groups of dramas pertained to the concerns of the body politic and how these issues were presented in the convention of the stage and as centerpieces of civic ceremonies. The contributors, in addition to the editors, include Simon Goldhill, Jeffrey Henderson, David Konstan, Franois Lissarrague, Oddone Longo, Nicole Loraux, Josiah Ober, Ruth Padel, James Redfield, Niall W. Slater, Barry Strauss, and Jesper Svenbro.
Toon meer Toon minder

[A] valuable volume... [The essays] are generally not only adventurous and various, but ... thought-provoking advances. --Oliver Taplin, The Times Literary Supplement