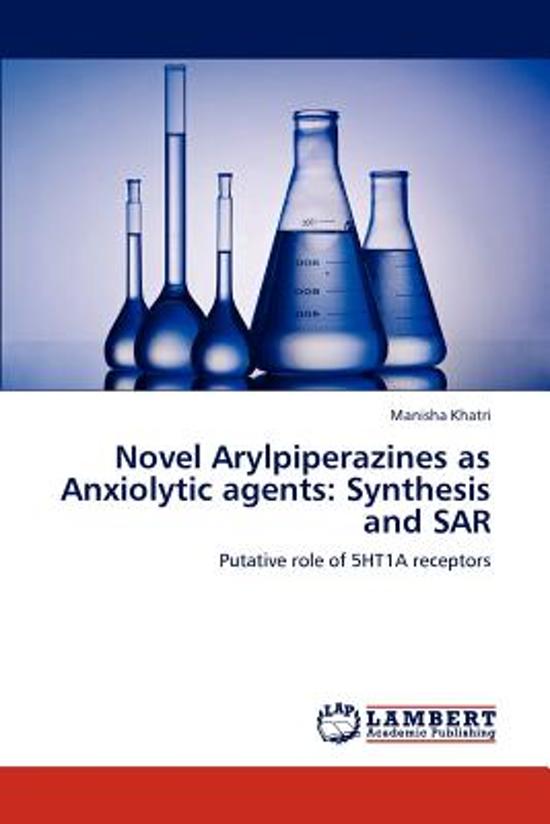 Anxiety is a common disorder affecting one eighth of the total population worldwide and now a days with increasing competition anxiety disorders have become one of the widest spread psychiatric diseases. The serotonergic system has been consistently implicated in the patho physiology of a number of psychiatric disorders. Among 14 different types of serotonin receptors, 5-HT1A subtype is a major target for neurobiological research and drug development. Its activation leads to a number of physiological changes. The development of drugs that alter 5-HT neurotransmission is thus an area of intense research. Here in this book we reported the synthesis, structure-activity studies and pharmacology of new derivatives of arylpiperazine. These compounds were tested for their anxiolytic activity using behavioural tests, biomarker analysis and HPLC studies. Molecular modeling and Radioligand binding studies were undertaken to explain the influence of spacer length on ligands affinity towards 5-HT1A receptor. This work suggests new compounds, which can serve as candidates for the treatment of anxiety disorders and as lead compounds for further designing new potential anxiolytic agents.
Toon meer Toon minder