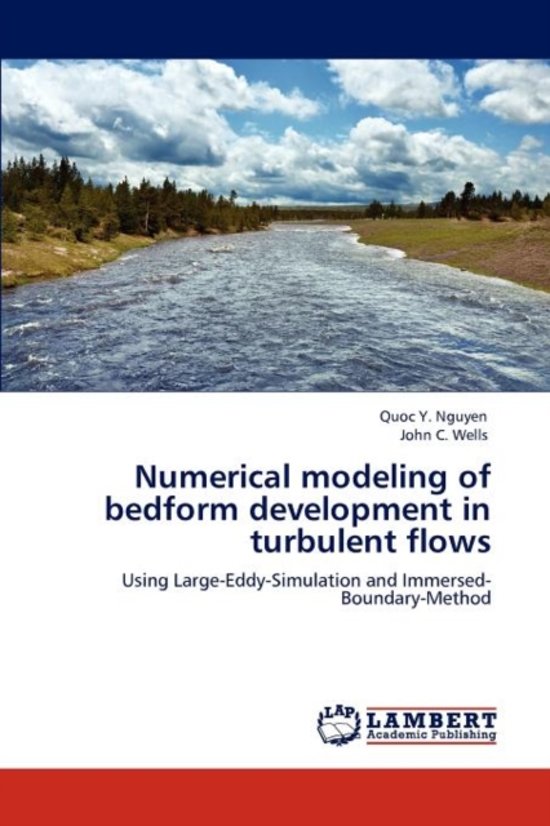 Development of river bedform under interactions with water flows is a complex process due to turbulence of the flow and continuous change of bed geometry. In this study, the problem was examined by numerical computations. Two latest advanced tools of Computational Fluid Mechanics, namely Large-Eddy-Simulation and Immersed-Boundary-Method, were employed. Flows were turbulent at low Reynolds number and treated in three-dimensions. Bed surfaces was treated as continuos medium rather than individual sediment particles. The results showed strong correlations between change of the bed surface and the shear tress applied by the flows. Development of bedform from initially flat bed to full-size sandwaves had been observed from the computations. Experimentally observed phenomena, such as development of ripple train, was also successfully reproduced.
Toon meer Toon minder