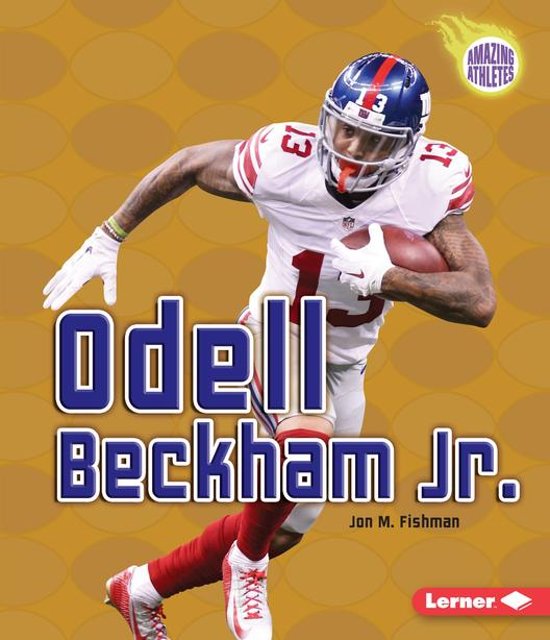 Odell Beckham Jr.—New York Giants wide receiver—shocks National Football League (NFL) fans with his incredible catches. In a 2014 game versus the Dallas Cowboys, Odell made a one-handed touchdown reception that earned his game jersey a spot in the Pro Football Hall of Fame. But he is more than just a showman on the field. Odell was named Offensive Rookie of the Year in 2014, and his performance only improved in 2015. Learn more about Odell's journey to stardom.