Odyssey of an Assassin Vol I Tiger in the Dark 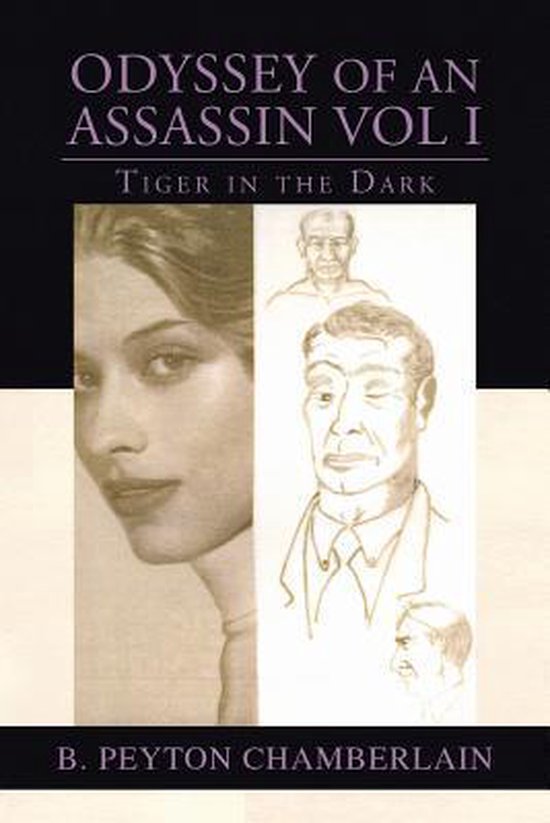 Jason Shexnaider, a jaded, middle-aged espionage agent, specializing in political assassinations, has lost his soul to his work. Hes been ordered now to recruit a candidate for a special mission and then to become responsible for her. He recruits Flo Guzman, a ghetto bred but saucy little sexpot from Wilmington, Delaware, whos also the object of the twisted sexual fantasies of Mel Strawbridge, a coworker in the same machine shop. However, Rennie Decordova, a Honduran immigrant and, although highly educated, an exotic dancer in New Orleans, becomes the eventual candidate. Shes to be the instrument of an assassination plot devised by Colonel Quentin Horschact, director of the U. S. Department of Intelligence. Its target a Latin American terrorist chieftain so protected by layers of security as to be virtually invulnerable. He has one weakness, though. Women. The plan, therefore, is to send in a woman with a disability, which in no way can detract from her attractiveness, but which, however, practically guarantees her to be harmless. Well, how about blind then? suggests Horschact, knowing already what the response will be. Well, bloody blind it is then. Bully! But she will carry a surgically implanted device in her body, a remotely detonated bombt. And the signal to detonate this bomb is to be buried in a radio commercial that will saturate the airwaves until the mission is completed. However, the girl is not to turn on her implanted receiver until , either, she needs help or shes in bed with the target. None of this does Decordova know, obviously, but Shexnaider does. He knows about a pre-planned accident that will explain the surgery. He knows that this mission, disguised as reconnaissance, is actually suicide. And Jason Shexnaider, who has always done his duty, never questioning it, finds that he has a conscience after all. Decordova is to let them know shes penetrated the layers of this mans security as deeply as one could ever hope to. To his very bedroom, in fact. And, having done so, shes to tap out the tune of Lili Marlene on her kneecap, in which both the bomb and the receiver have been installed; whereupon the receiver will turn on and the next time some radio station plays the fatal commercial -- boom! Mission accomplished. Phoenix Flower is the name of thr nonexistent perfume. The campaign to promote it has been bought and paid for by Horschact. The campaign itself is the brainchild of Ward Sutton, New York ad executive, who, anticipating success and a big TV campaign to follow, selects Decordova to be his Phoenix Flowergirl. Thus bringing her to the attention of Horschact, who assigns her to Shexnaider. Its Decordovas attitude, her courageous acceptance of blindness, her stalwart willingness to serve her adopted country, albeit for the promise of a sizeable financial reward if she survives. It is these things, and above all her spirit, that convince Shexnaider shes too good to be lost this way. He talks to the department doctor, Dr. Lodi, about undoing the surgery he was ordered to perform. Its at this point that word comes down from the office of the Secretary of Intelligence that, due to recent changes in the diplomatic climate in Latin America, no missions of any kind are to be carried out in that area. Horschact is distraught. This mission is his most brilliantly planned. Its precious to him. On the other hand, it can never become known. If it were successful it never would be known. But now simply hanging what can they do to hide it? Enter Mel Strawbridge, whos been hiding in the wings since this drama began. When Guzman goes to Washington he follows her. And hes hanging around the safe house in which candidates for the mission are being quartered when Decordova takes over and Guzman moves out. His frustration has built to the point that hes become desperate. And, besides, this one is so much more attractive