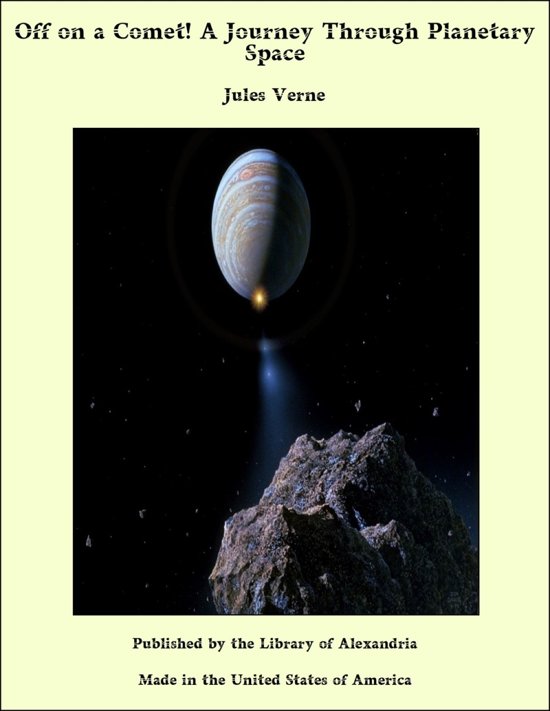 The scene, as here depicted, took place upon the extremity of a little cape on the Algerian coast, between Mostaganem and Tenes, about two miles from the mouth of the Shelif. The headland rose more than sixty feet above the sea-level, and the azure waters of the Mediterranean, as they softly kissed the strand, were tinged with the reddish hue of the ferriferous rocks that formed its base. It was the 31st of December. The noontide sun, which usually illuminated the various projections of the coast with a dazzling brightness, was hidden by a dense mass of cloud, and the fog, which for some unaccountable cause, had hung for the last two months over nearly every region in the world, causing serious interruption to traffic between continent and continent, spread its dreary veil across land and sea. After taking leave of the staff-officer, Count Wassili Timascheff wended his way down to a small creek, and took his seat in the stern of a light four-oar that had been awaiting his return; this was immediately pushed off from shore, and was soon alongside a pleasure-yacht, that was lying to, not many cable lengths away. At a sign from Servadac, an orderly, who had been standing at a respectful distance, led forward a magnificent Arabian horse; the captain vaulted into the saddle, and followed by his attendant, well mounted as himself, started off towards Mostaganem. It was half-past twelve when the two riders crossed the bridge that had been recently erected over the Shelif, and a quarter of an hour later their steeds, flecked with foam, dashed through the Mascara Gate, which was one of five entrances opened in the embattled wall that encircled the town. At that date, Mostaganem contained about fifteen thousand inhabitants, three thousand of whom were French. Besides being one of the principal district towns of the province of Oran, it was also a military station. Mostaganem rejoiced in a well-sheltered harbor, which enabled her to utilize all the rich products of the Mina and the Lower Shelif. It was the existence of so good a harbor amidst the exposed cliffs of this coast that had induced the owner of the Dobryna to winter in these parts, and for two months the Russian standard had been seen floating from her yard, whilst on her mast-head was hoisted the pennant of the French Yacht Club, with the distinctive letters M. C. W. T., the initials of Count Timascheff. Having entered the town, Captain Servadac made his way towards Matmore, the military quarter, and was not long in finding two friends on whom he might rely—a major of the 2nd Fusileers, and a captain of the 8th Artillery. The two officers listened gravely enough to Servadac's request that they would act as his seconds in an affair of honor, but could not resist a smile on hearing that the dispute between him and the count had originated in a musical discussion. Surely, they suggested, the matter might be easily arranged; a few slight concessions on either side, and all might be amicably adjusted. But no representations on their part were of any avail. Hector Servadac was inflexible.
Toon meer Toon minder