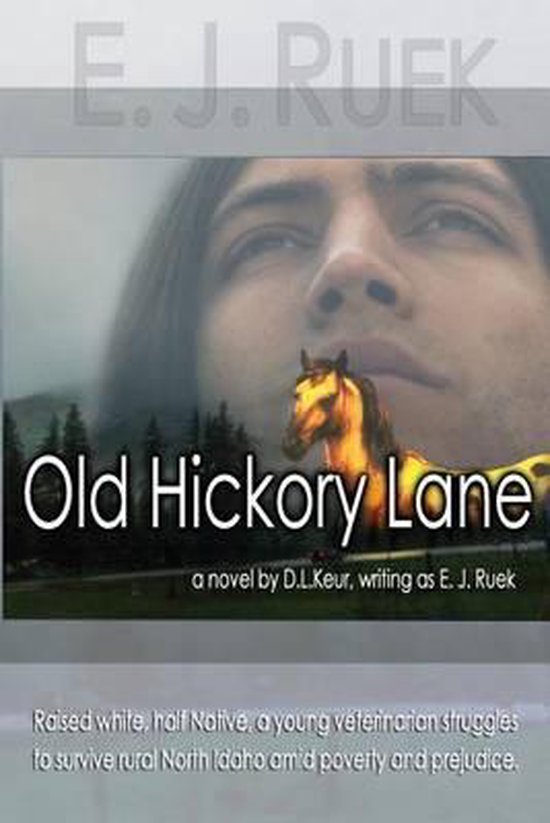 Think "All Creatures Great and Small," but with a plot, some mystery, and maybe a ghost. Set in a near future 'now' and marked by moment-to-moment, life-and-death crises that are a practicing veterinarian's life, meet Warren Jeffreys, D.V.M. Raised white, half Cree, he's gifted with animals, but not very people savvy. Struggling to survive his first year in private practice, despite the huge chip on his shoulder, college debt, and a plague of bigotry and prejudice, his bad luck and worse judgment lands him broke and homeless, camping out with vagrants and vagabonds. He's cleansing cows and cutting up dead lambs inside bawling ewes—an animal mechanic working for a small-time veterinary service in rural North Idaho.As his hopes for prestige and preeminence buckle under the rigors of day-to-day practice, he finds a new dream—a reconciliation to home and family—and with it comes a certain peace…until, once again, as fame and fortune tempt, he faces hard choices. Filled with intense, critical emergencies, all of them based on true cases, the book has been “vetted” by modern, practicing veterinarians. It's the animals that make you really pull for Dr. Warren Jeffreys, because, despite his best attempts not to, he cares. A lot. And, because he cares, because he competes against death, regardless the odds, he makes a difference. Unfortunately, the often cantankerous farm folk he serves don’t always appreciate his efforts and skill. Nor do they trust him, the "too tall, long-haired Injun." Warren truly is a man without a home, with a foot in two worlds, but welcome in neither until he learns to trust his own heart.REVIEW BY CCBYESet against the background of constant veterinary emergencies, Warrens story unwinds before our eyes. But to the author's credit, both in personal knowledge and her research skills, this novel doesn't just gloss over these emergencies, but rather it gives us a detailed look inside the world of treating farm animals, pets and, of course, horses--jumpers, racers, studs, pregnant mares, etc. It is as if DL Keur has lived each moment and has stood in the shoes of this awesome breed that is the country vet. Never have I read a story like this one. Old Hickory Lane is the book that All Creatures Great and Small should have been. The novel has all the characters: quirky, bitter, angry, rude, stand offish, passionate, caring and otherwise. Similarly, Ruek treats her animals like the intelligent and full-of-character beings they are. And when something goes wrong, her vet(s) perform detailed procedures and surgeries that only a true insider would know.For realism at its finest and for the very best in heart stopping drama, I award this novel by DL Keur 5 stars and the Chase Enterprises Publishing Award of Excellence!
Toon meer Toon minder