Old Madame - And Other Tragedies 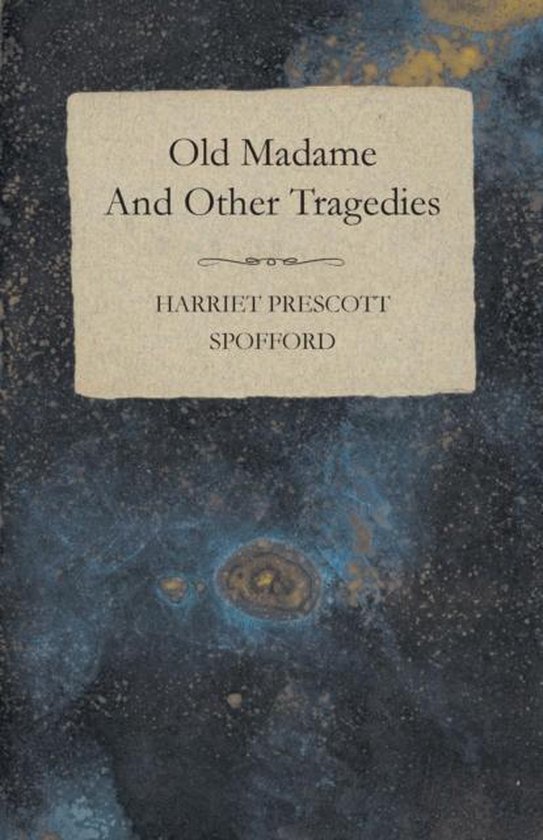 CONTENTS - OLD MADAME . . . PAGE 9 Old Madame Old Madame MISS BARBARA Barbara, honey Wheres this youre hiding at cried old Phillis, tying her bandana head- gear in a more flamboyant knot over her gray hair and brown face. Wheres this youre hiding at The Old Madames after you. And in answer to the summons, a girl clad in homespun, but with every line of her figure the lines, one might fancy, of a wood-and-water nymphs, came slowly up from the shore and the fishing-smacks, with a young fisherman beside her. Down on the margin, the men were haul- ing a seine and singing as they hauled a drogher was dropping its dark sails bare- footed urchins were wading in the breaking roller where the boat that the men were launching dipped up and down women walked with baskets poised lightly on their heads, calling gayly to one another sands were sparkling, sails were glancing, winds were blowing, waves were curling, voices were singing and laughing, -it was all the scene of a happy, sunshiny, summer morning in the little fishing-hamlet of an island off the coast. The girl and her companion wound up the stony path, passing Phillis, and paused before a low stone house that seemed only a big bowlder itself, in whose narrow, open hallway, stretching from door to door, leaned a stately old woman on her staff, a background of the sea rising behind her. cc Did you. wish for Barbara, Old Madame asked the fisherman, as superb - a piece of rude youth and strength as any young Viking. She fixed him with her glance an instant. cc And you are his grandson said the old woman. cc You are called by his namethe fourth of the name- Ben Benvoisie. I am not dreaming You are sure of it As sure as that yo-U are called OldMadame, he replied, with a grave pride of self-respect, and an air of something sol- emn in his joy, as if he had but just turned from looking on death to embrace life. cc As sure as that I am called Old Ma- dame, she repeated. Barbara, come here. As sure as that I am called Old Madame. But she had not always been Old Ma- dame. A woman not far from ninety now, tall and unbent, with her great black eyes, glowing like stars in sunken wells, from her face scarred with the script of sorrow - a proud beggar, preserving in her little coffer only the money that one day should bury her with her haughty kindred- once she was the beautifbl Elizabeth Champer- noune, the child of noble ancestry, the heir- ess of unbounded wealth, the last of a great house of honor. From birth till age, nothing that sur-- rounded her but had its relation to the family grandeur. Her estate - her grand- fathers, nay, her great-grandfathers - lay on a goodly island at the mouth of a broad river an island whose paltry fishing-village of to-day was, before her time, a community where also a handful of other dignitaries dwelt in only less splendor. There were one or two of the ancient fishermen and pilots yet living when she died, who, bab- bling of their memories, could recall out of their childhood the stately form of her father, the Judge Champernoune, as he walked abroad in his black robes, who came from over seas to marry her mother, the heiress of the hero for whom the King of France had sent - when, in the French and Indian wars, the echoes of his daring deeds rang across the water - to make him Baron Chaslesmarie, wit h famous grants and largesse. And in state befitting one whom the King of France thus with hisown hand exalted, had the prodigal Baron Chaslesmarie spent his days - never, however, discontinuing the vast fisheries of his father, in which he had himself made fortunes before the King had found him out. And although the title
Toon meer Toon minder