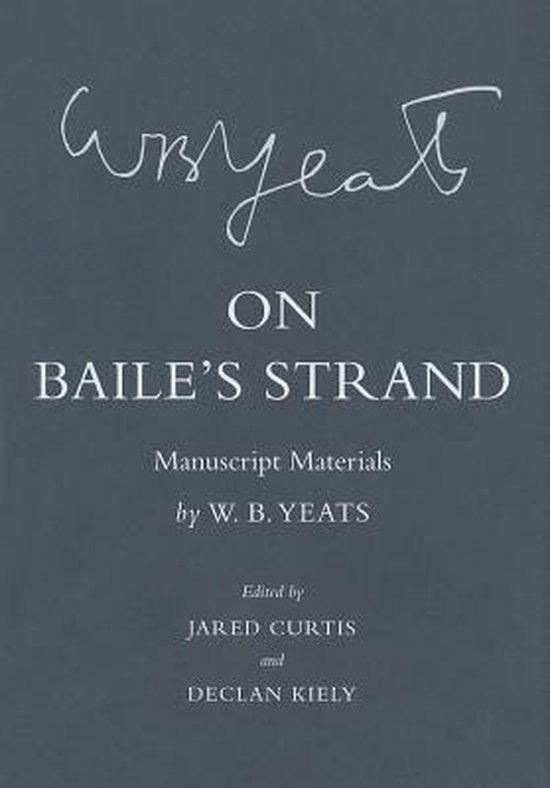 On Baile's Strand, W. B. Yeats's first play based on the Cuchulain legend in the Ulster cycle of Irish myths, features themes of vengeance, free will and fate, personal and dynastic survival, love and loyalty, betrayal and trust, the nature of heroism, the horror of filicide, and the costs of remorse and madness. The mythic tale with which he began has these elements at its core, but Yeats worked and reworked his play over a period of six years before reaching a text that fully satisfied him. In the summer of 1901 he began outlining, and then drafting, what he first called simply Cuchulain, refining it through several drafts until publication in August 1903, and again, with minor changes, in March 1904. The play was first produced at the Abbey Theatre in Dublin in December 1904. Over the next two years, as he watched it performed in Dublin, London, and at provincial theaters across England, Yeats recognized its shortcomings and began to rewrite it. The completely revised text was first published in October 1906 and remained largely unchanged through its final publication in 1935, Yeats by then feeling that he had made it technically efficient at last. On Baile's Strand exists, therefore, in two remarkably different versions, reflected in the organization of this edition of all the surviving manuscript materials of the play, including the manuscripts and typescripts written between 1901 and 1904, and the manuscripts, typescripts, and revised proofs of 1905-1906. The Cornell Yeats edition presents photographs and transcriptions of the manuscripts, typescripts, and revised proof pages by which we may trace the author's textual revisions for On Baile's Strand, leading to its publication in 1903 in a collection of his narrative and lyric poetry titled In the Seven Woods: Being Poems Chiefly of the Irish Heroic Age, the first book printed by his sisters' Dun Emer Press. The revised text was published in October 1906, in Poems 1899-1905. Appendixes present the text of On Baile's Strand as it first appeared in In the Seven Woods; manuscripts of a list of cast members of an early production; program notes for the 1906 touring production; stage designs for the Abbey Theatre; Edward Gordon Craig's drawing of the Fool's mask and costume, 1911; a note for Plays in Prose and Verse, 1922; and a collation of later revisions, made by Yeats between 1907 and 1939. Jared Curtis and Declan Kiely preface the text with a census of all the surviving manuscripts of Yeats's play. An introduction discusses the history of the play's composition, the evolution of the text, its significant place in Yeats's development as a dramatist, and its standing among classic tragedies. The arduous process of revision through which the author mastered stagecraft and the art of the tragic theater, learned to present dramatic character and conflict through dialogue and action rather than by narration, and worked to simplify his adaptation of source materials is revealed with fullness and clarity.
Toon meer Toon minder