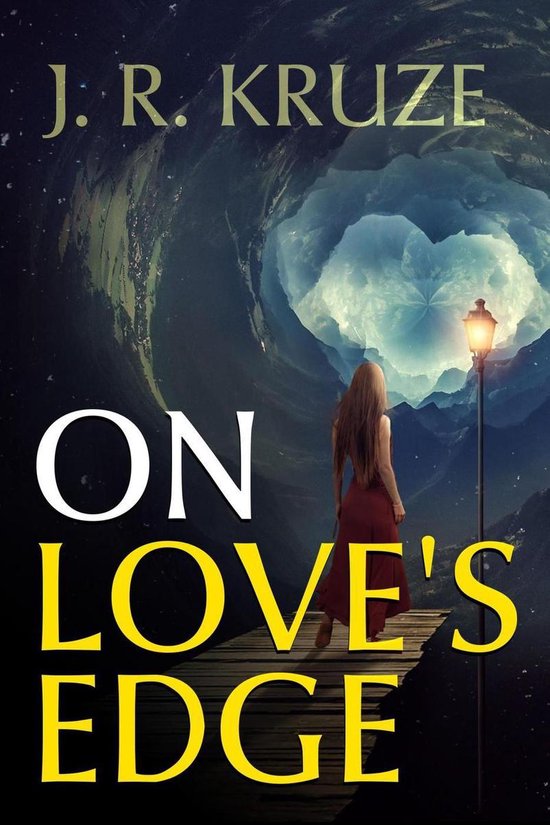 I often come out to the end of the dock on nights like tonight.

Where the sky and the water seemed to meet at the edge of nothing. Both reflected each other so well that it never seemed like one ended or the other began.

This was when sky and water formed a perfect union, a marriage of two souls so deep that they didn't exist without the other.

All I felt was the passion of the last time we were together. And the aches of those times we had since spent apart.

But the wild thing was that we had never met.

I wrote to him and of him as I crafted my stories. And often could simply just look out into space as my fingers typed away. We would be of one mind. A proofreading soul looking over my shoulder or through my eyes at the scenes as they shone through the page.

I was his female voice, he was my masculine influence. Together, as yin and yang, we wrote perfect stories in any genre - in every genre.

Any action had a romantic interest, had a mystery, had thrills and horrors and pure distraction from the world and all its difficulties.

A woman knows when a woman is writing, as a guy knows that somebody out there is probably sitting in a corner of a bar with a laptop - or a coffee shop - and is cranking out another adventure he would always like to take.

When it's time to hear from the guy, it's all brusque and cheeky and direct. While when the girl is talking, there is care and support and softness, the subtle hints of things unsaid.

Of course, it's also true when they are together. He writes the descriptions of the guy and then I'll come into write all about the gal.

He drags his fingers through his thick mane to force it rudely out of his eyes. Should have gotten that hair cut a month ago when I first thought of it. But it was one story after another and then four weeks were suddently gone. How was a guy supposed to keep track of such things.

While when I read through these words, I could almost see the plaid flannel he wore in winter as he typed away, knowing that he didn't want to bother with getting his hair cut or running trimmers over his chin for more than once a week - because he was supposed to be writing, dammit.

And when I wrote the descriptions of the girl, she was always tenderly brushing an errant lock off her forehead and behind an ear. When lost for inspiration, she would twist the end of a strand around her finger and look off into the sky beyond the walls of her own room to a mystical place of lavender clouds and light brown tree trunks just starting to turn gold for the fall yet to come.

There was a difference about actions, descriptions, conclusions.

Male and female, yin and yang on the same page.

Both of us typing away from the same two pair of hands.

He was writing in his on remote cabin, I was in a high room on a small and sturdy table set into a corner and by a window.

Yet we were as close together as if born twins...