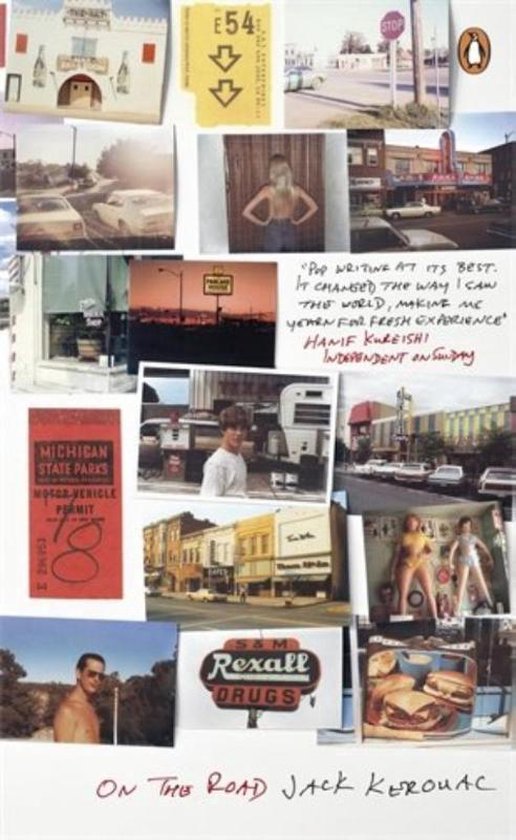 Kerouac was born Jean-Louis Lebris de Kerouac, in Lowell, Massachusetts, to a family of Franco-Americans. His parents, Leo-Alcide Kerouac and Gabrielle-Ange Levesque, were natives of the province of Quebec in Canada. Like many other Quebecers of their generation, the Levesques and Kerouacs were part of the Quebec emigration to New England to find employment. Jack didn't start to learn English until the age of six. At home, he and his family spoke Quebec French. At an early age, he was profoundly marked by the death of his elder brother Gerard, later prompting him to write the book Visions of Gerard.

In 1950 his first novel was published, under the name ""John Kerouac"". Unlike Kerouac's later work which establish his Beat style, ""The Town and the City"" is heavily influenced by Kerouac's reading of Thomas Wolfe.

Kerouac wrote constantly, but did not publish his next novel, On the Road, until 1957. Narrated from the point of view of the character Sal Paradise, this mostly autobiographical work of fiction described his roadtrip adventures across the United States and into Mexico with Neal Cassady, the model for Dean Moriarty in the book. In a way, the story is an offspring of Mark Twain's classic Huckleberry Finn, though in On the Road the narrator (Sal Paradise) is twice Huck's age, and Kerouac's story is set in the America of about a hundred years after. The novel is often described as the defining work of the post-World War II jazz, poetry, and drug affected Beat Generation; it made Kerouac ""the king of the beat generation."" Using Benzedrine and coffee, Kerouac wrote the entire novel in only three weeks in an extended session of spontaneous prose, his original writing style, heavily influenced by Jazz (especially Bebop), and later Buddhism. Kerouac was hailed as a major American writer, and reluctantly as the voice of the Beat Generation. His fame would come as an unmanageable surge that would ultimately be his undoing.

His friendship with Allen Ginsberg, William Burroughs and Gregory Corso, among others, defined a generation. Kerouac also wrote and narrated a ""Beat"" movie titled Pull My Daisy in 1958. In 1954, Kerouac discovered Dwight Goddard's A Buddhist Bible at the San Jose Library, which then marked the beginning of his studies of Buddhism and his own personal quest for enlightenment.

He died on October 21, 1969 at St. Anthony's Hospital in St. Petersburg, Florida, from an internal hemorrhage caused by cirrhosis of the liver at the age of 47, the unfortunate result of a life of heavy drinking. He was living at the time with his third wife Stella, and his mother Gabrielle. He is buried in his home town of Lowell.


Sal Paradise, young and innocent, joins the slightly crazed Dean Moriarty on a breathless, exuberant ride back and forth across the United States. Their hedonistic search for release or fulfilment through drink, sex, drugs and jazz becomes an exploration of personal freedom, a test of the limits of the American Dream.

A brilliant blend of fiction and autobiography, Jack Kerouac's exhilarating novel defined the new 'Beat' generation and became the bible of the counter culture.