On the Use of Hot Air in the Iron Works of England and Scotland Translated from a Report, Made to the Director General of Mines in France, by M. Dufrenoy, in 1834 (Classic Reprint) 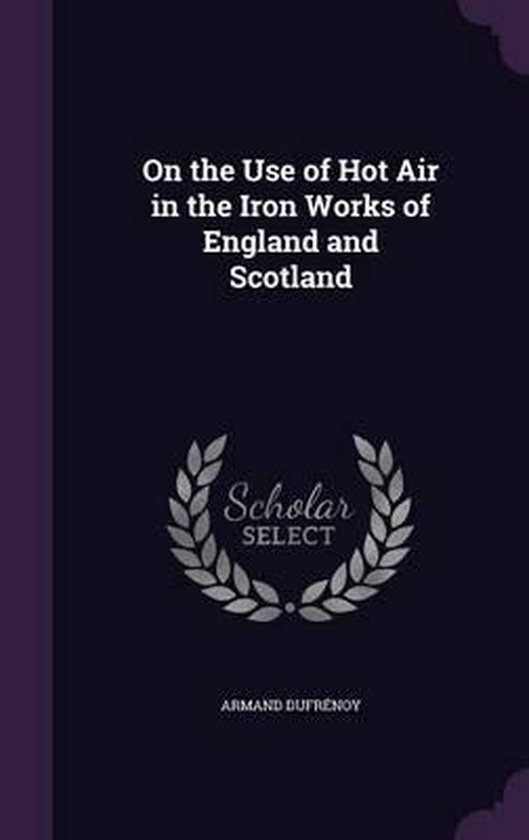 Excerpt from On the Use of Hot Air in the Iron Works of England and Scotland: Translated From a Report, Made to the Director General of Mines in France, by M. Dufrenoy, in 1834
He communicated his ideas to Mr. Macintosh, long known in the scientific world for his spirit of invention. They undertook, in concert with Mr. Wilson, one of the proprietors of the Clyde works, a series of experiments at that establishment, in order to throw some light upon this important question. In the first experiment the air was heated in a kind of rectangular box of sheet iron, ten feet long, four high, and three wide, similar to the boilers of steam engines. The air proceeding from the blowing machine, was introduced into this space, where it was heated, previous to being conveyed into the blast furnace. Notwithstanding the imperfection of this process, which did not admit of the air being heated above 200 Fahr., it became immediately apparent that Mr. Neilson's idea was destined to produce a revolution in the manufacture of iron. As, however, this apparatus did not long resist the action of heat and oxidation, and as it would have been expensive to renew it, they substituted a cast iron tube, having in the centre a swelling similar to the bulb of a thermometer.
About the Publisher
Forgotten Books publishes hundreds of thousands of rare and classic books. Find more at www.forgottenbooks.com
This book is a reproduction of an important historical work. Forgotten Books uses state-of-the-art technology to digitally reconstruct the work, preserving the original format whilst repairing imperfections present in the aged copy. In rare cases, an imperfection in the original, such as a blemish or missing page, may be replicated in our edition. We do, however, repair the vast majority of imperfections successfully; any imperfections that remain are intentionally left to preserve the state of such historical works."
Toon meer Toon minder