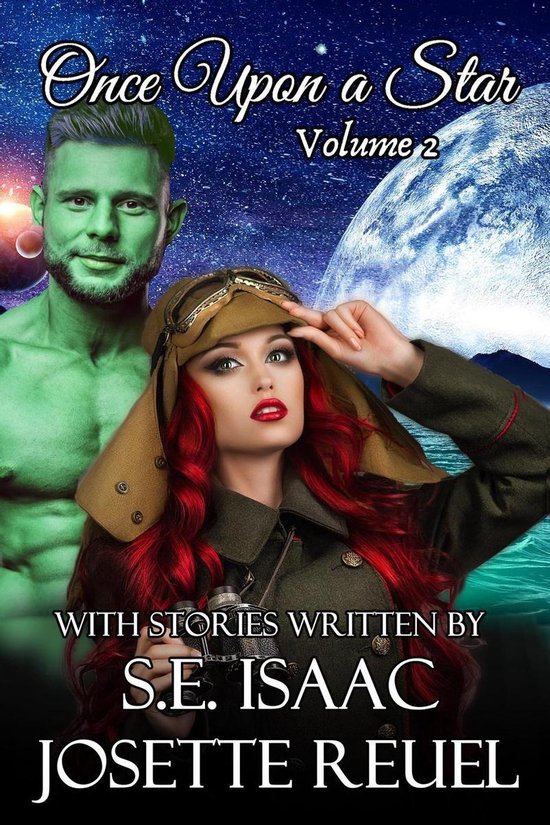 NOTE: This is a two-story Sci-Fi & Fantasy romance collection. It contains one story by each author.

Once Upon a Star…
Two women find themselves wishing for more than the future being laid out in front of them. What they find may be way more than they ever expected.

Areanna has always had her head in the clouds. She dreams of exploring the universe, visiting different planets and their people. However, being the youngest of eleven daughters has put her under her father's thumb. He worries that her dreams are holding her back from reality.

When Areanna decides to sneak away to go exploring, she gets much more than she bargained for. She ends up in a whole new world. A world that lives under the sea. She comes face-to-face with six men, who have every intention of proving to her they are just what she needs.

Will the men be able to convince Areanna to be their mermaid queen or will she return to land?

Wendolyn Jones was always just the sister of the captains of the Jolly Wasp. Neither her father nor her brothers believed she had it in her to captain one of the family's shipping vessels. However, when fate steps in, Wendolyn and her two best friends find themselves on the bridge of the family's fastest ship — either the boys allow her to fly the Jolly Wasp or they lose it to pirates. Living with her head in the stars — dreaming of the adventure as a captain of her own ship and one day being a part of the family business — Wendolyn never dreamed of a life other than what she'd always known.

So, when she stepped onto the Jolly Wasp as the captain, she never expected to visit the one planet where anything was possible or to find seven Curses who wanted to heat up her and her crew's nights and claim them for eternity?