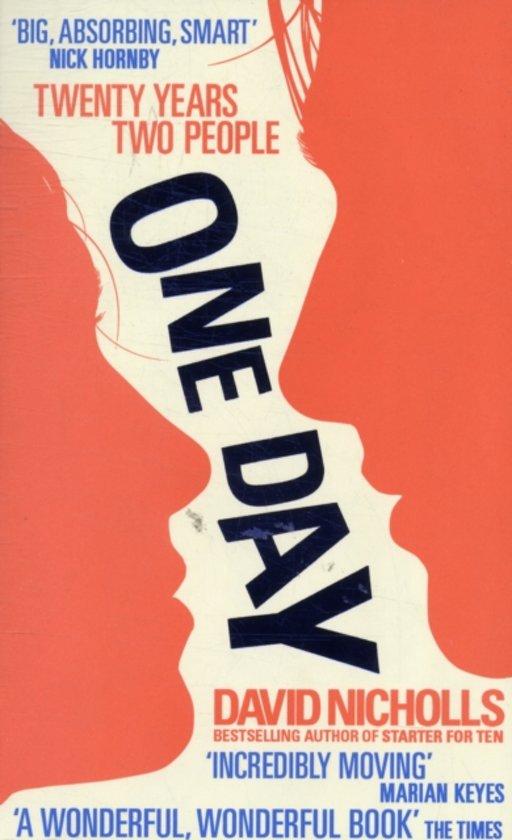 Born on 30 November 1966 in Eastleigh, Hampshire, David Nicholls attended Toynbee Comprehensive school and Barton Peveril Sixth Form College, before going to the University of Bristol in 1985 to study English Literature and Drama.

Having graduated, and keen to pursue a career as an actor, he won a scholarship to study at the American Musical and Dramatic Academy in New York, before returning to London in 1991. There he worked in a number of bars and restaurants before finally earning an Equity card. He worked sporadically as an actor for the next eight years, appearing in plays at Battersea Arts Centre, the Finborough, West Yorkshire Playhouse and Birmingham Rep.

A three year stint at the Royal National Theatre followed, understudying and playing small parts in, amongst others, Arcadia, Machinal, Inadmissable Evidence and The Seagull. During this period, he began to read plays and film scripts as a freelance reader, before taking a job at BBC Radio Drama as a script reader/researcher. This led to script-editing jobs at London Weekend Television and Tiger Aspect Productions.

During this period, he began to write, developing an adaptation of Sam Shepard's stage-play Simpatico with the director Matthew Warchus, an old friend from University. He also wrote his first original script, a situation comedy about frustrated waiters, Waiting, which was later optioned by the BBC.

Simpatico was turned into a feature film in 1999, starring Sharon Stone, Catherine Keener, Jeff Bridges, Nick Nolte and Albert Finney. This allowed David to start writing full-time, and his first TV production followed soon afterwards; I Saw You, a one-off romantic-comedy starring Paul Rhys and Fay Ripley, which won best single play at the annual BANFF television festival. Four episodes of Cold Feet followed, and since then David has written for film and TV as well as fiction. He has been twice nominated for BAFTA awards and his first novel, Starter for 10 was featured on the first Richard and Judy Book Club.

In fiction, he has written the novels Starter for Ten, The Understudy and One Day. In film, Simpatico was followed by the movie version of Starter for Ten, directed by Tom Vaughan, with James MacAvoy and Rebecca Hall, and an adaptation of Blake Morrison's memoir And When Did You Last See Your Father? directed by Anand Tucker, and starring Colin Firth, Jim Broadbent and Julie Stevenson. The feature film version of One Day, directed by Lone Scherfig, with Anne Hathaway, Jim Sturgess, Romola Garai, Rafe Spall, Jodie Whittaker, Ken Stott and Patricia Clarkson.

'ONE DAY is destined to be a modern classic' - Daily MirrorTwenty years, two people, ONE DAY. The multi-million copy bestseller that captures the experiences of a generation.'I can imagine you at forty,' she said, a hint of malice in her voice. 'I can picture it right now.'He smiled without opening his eyes. 'Go on then.'15th July 1988. Emma and Dexter meet for the first time on the night of their graduation. Tomorrow they must go their separate ways. So where will they be on this one day next year? And the year after that? And every year that follows?

This perfectly executed novel is a reminder that reading can be the finest entertainment there is. * Guardian * A genuine tear-jerker as well as laugh-out-loud funny. * Independent on Sunday Books of the Year 2009 * An unputdownable romance for the 21st century. * SHE * I couldn't think of anyone who wouldn't love this book. * Simon Mayo Books Panel, BBC Radio Five Live * I finished it last night and I'm still quite wobbly and affected by it. It was BRILLIANT. . . the jealousy nearly made me puke. I wish I'd written this book. * Marian Keyes * A wonderful, wonderful book. * The Times * Big, absorbing, smart, fantastically readable. * Nick Hornby * ONE DAY is destined to be a modern classic. * Daily Mirror *