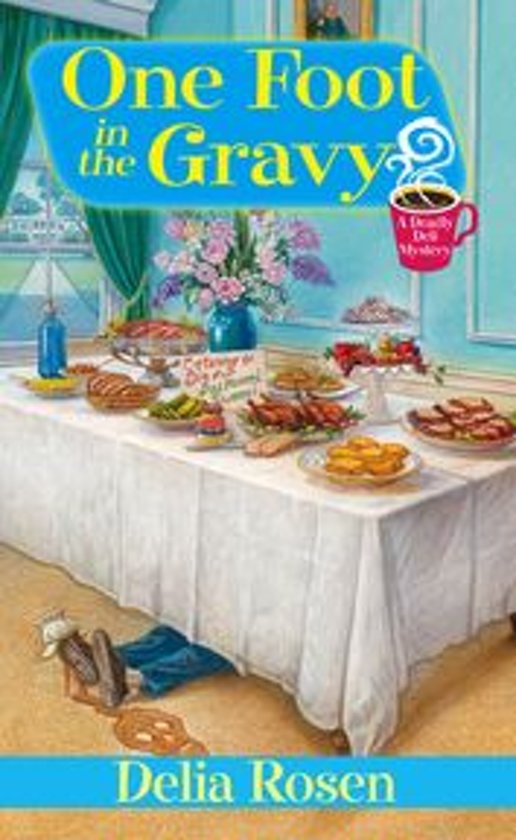 Revenge is served very cold in this deli-cious whodunit


When Gwen Katz inherits her late uncle's kosher deli, Murray's Pastrami Swami, little does she know that murder is always on the menu. Now Nashville Katz, as she's quickly nicknamed, has landed her first catering gig: Social butterfly Lolo Baker's audience-participation mystery party, where someone is ''murdered'' and the other guests must figure out who the killer is. It's all in good fun. . .until the ''victim'' comes crashing through the ceiling and lands--fatally--in Gwen's once-tasty gravy, literally smoked to perfection.


The amateur sleuth in Gwen knows the newly deceased, Hoppy Hopewell, was in quite a pickle. He squandered his family's vast fortune while having simultaneous affairs with Nashville's wealthiest women. . .many of who were at the party. But as Gwen digs deeper, she finds the case is messier than chopped liver. . .and discovers that she's somehow sandwiched between her boyfriend's possibly cheating heart and the deliciously handsome eyes of the detective working the case. . .


When you're a deli owner, life ain't always a bowl of chicken soup.


A native of Brooklyn, New York, Delia Rosen is the author of A Brisket, A Casket and now lives in Maine. She spends her time between writing and searching for good bagels.